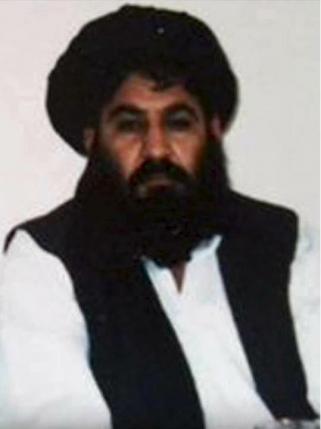 DERA ISMAIL KHAN/ PESHAWAR - The new Afghan Taliban leader appealed for unity in the insurgency in his first public message released on Saturday amid reports his predecessor's family members opposed his selection. The new head, Mullah Akhtar Mohammad Mansour, was deputy for several years to the elusive one-eyed former leader Mullah Omar, who served as a unifying figure and a spiritual guide for the insurgency despite his absence. This week the Taliban confirmed Omar had been dead for some time. The Afghan government said it was more than two years. Mansour's selection could be a promising development for peace talks, analysts say, if he can persuade other factions of the fractious insurgency to support him. "The enemy can't defeat us if we shown unity," he said in an audio recording that Taliban members provided to journalists. "I will utilize all my energies to follow our late Mullah Mohammad Omar and his mission," he said. "We need to be patient and should try to go to those friends who are unhappy. We will have to convince them and take them on board." On Friday, Taliban commanders who attended the meeting that chose Mansour as Omar's successor told Reuters that Omar's son and brother had walked out of the gathering in protest. The open dissent within the movement's core group underscores the challenge Mansour faces. He has to try to persuade wavering commanders to pursue peace talks with the Afghan government at the same time a new extremist group is stepping up its recruiting in the region - Islamic State. Two Afghan militant groups declared Omar was dead last month and swore allegiance to Islamic State. Mansour blamed divisions in the Taliban on "enemy propaganda" and swore to continue to fight for rule under sharia, the Islamic legal and moral code, and to follow the vision of Mullah Omar. He also cautioned against the killing of civilians. A United Nations report released at the end of last year said that for a second year, insurgents were responsible for about 75 percent of civilians killed. "In the name of jihad, the killing of innocent people is not Islamic. We need to win the hearts of people, then we can rule their hearts," he said. Mansour confirmed that one of his deputies was Sirajuddin Haqqani, the son of renowned jihadi leader Jalaluddin Haqqani, founder of the fearsome Haqqani militant network blamed for some of Afghanistan's deadliest suicide attacks. Several Taliban leaders told Reuters on Friday that Jalaluddin also died a year and a half ago. But on Saturday, a Taliban spokesman denied this. - Reuters