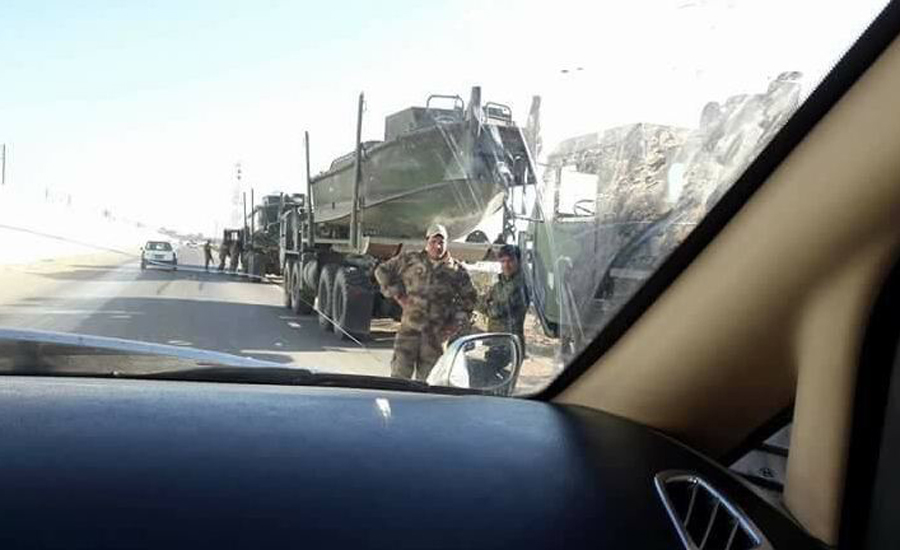 MOSUL – Iraqi military engineers installed a new floating bridge across the Tigris river on Wednesday, reconnecting the two halves of Mosul to facilitate troop deployments ahead of a final assault to dislodge Islamic State.

All five bridges connecting the two sides of the city bisected by the Tigris were struck by the U.S.-led coalition in order to hinder the militants' movements in the early stages of the campaign to retake Mosul last year.

Seven months on, Iraqi forces have removed Islamic State from all but a pocket of territory in the western half of Mosul, including the Old City, where the militants are expected to make their last stand.

It is set to be the most complex battleground yet.

"This floating bridge is very important for deploying reinforcements to the west side rapidly to build up adequate forces to sweep the Old City soon," Colonel Haitham al-Taie told Reuters.

Taie said the bridge in the Hawi al-Kaneesa area would also spare fleeing civilians from making a long journey to the nearest crossing point, about 30 km (20 miles) south of Mosul.

The United Nations said last week up to 200,000 more people may flee as Iraqi forces push to retake the rest of the city.

The militants are effectively holding hundreds of thousands of civilians hostage as human shields to slow their advance. –Reuters