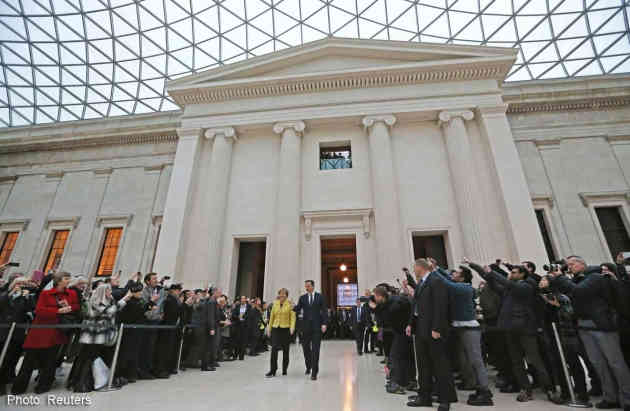 LONDON - Art from the Islamic world will be shown in the heart of the British Museum, instead of on the sidelines, in two new galleries funded by a Malaysian foundation which hopes to offset the image created by Islamic militants. The museum, which houses one of the world's largest collections of art and artefacts, said on Thursday it plans to open two new galleries in its south wing devoted to its extensive collection of art from the Islamic world. Until now works from the collection have been displayed in a gallery tucked away on the north side of the massive building, a long walk from the main entrance. The two new galleries, which will complement the existing gallery, are being funded for an undisclosed amount by the Albukhary Foundation of Malaysia. Syed Mokhtar Albukhary, the foundation's chairman, said there was an urgent need to make people more aware of the value of art and artefacts from the Islamic world, and the threats to this cultural heritage, especially at a time when historic sites in Iraq are under attack by militants of the Islamic State. "What is happening in the world, demolishing all the Islamic heritage, non-Islamic antiquities, is a bad image," he said. "The British Museum ... has been building this collection, without them we would not have any history," he added. The decision followed what the museum said was the extraordinary success of its 2012 exhibition "Hajj: journey to the heart of Islam" which director Neil MacGregor said had attracted almost 150,000 visitors. 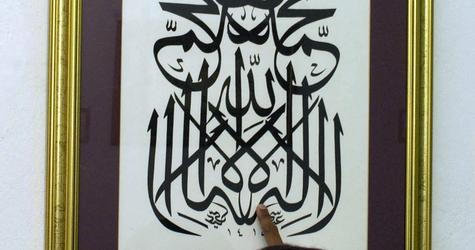 "There was clearly a huge hunger in the public in Britain to know more about the cultures of the Islamic world," MacGregor told a news conference. "That started us thinking very hard about the importance about thinking about the Islamic world in this way." Venetia Porter, the lead curator on the project, said that for the first time the museum would be showing the links between its Islamic collection and its core collection from Europe. "The really important thing is to actually put this Islamic collection right in the heart of the museum," she said. The museum also said it would bolster its support for curators from Iraq to develop techniques of what it called "Emergency Heritage Management" to protect artefacts from being looted or damaged, and to restore those that have been vandalized. The museum plans to train curators on a six-month rotating basis, Richard Lambert, chairman of the museum's board of trustees, said. - Reuters