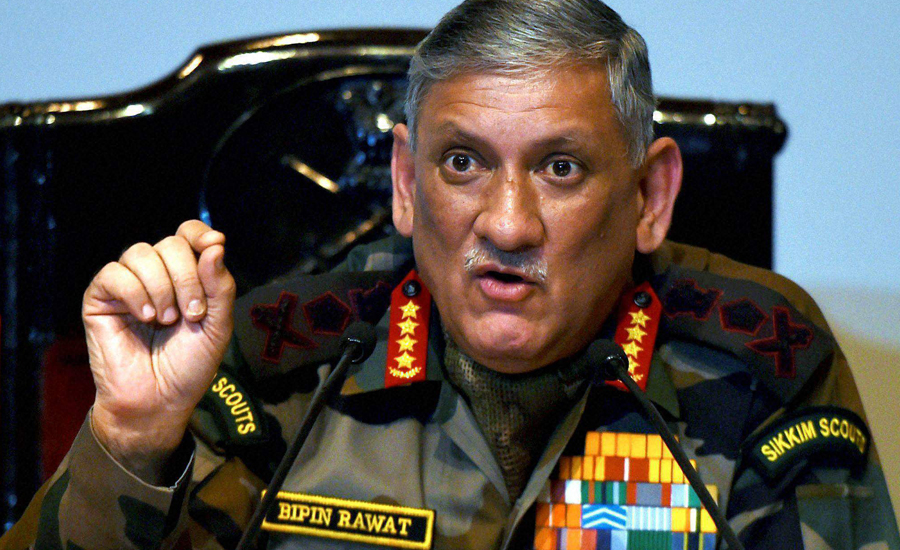 NEW DELHI (92 News) – The Indian army chief General Bipin Rawat has on Friday said that India will have to look for new allies to face neighboring Pakistan and China as the armed forces lack resources.

According to Indian media reports, Rawat while addressing a defence think tank pitched for investing more in strengthening India's armed forces and spoke of China to drive home the point that India's true potential will be realized only when both economic growth and might of the military go hand-in-hand.

Talking about the evolving security situation in the region, he said that India must look for allies considering the security matrix. He said such a policy will recreate the outreach India had before partition.

The Indian army chief said that such a strategy will help in tackling issues with the neighbors China and Pakistan.

"We have to start looking at how do we carry out counter-encirclement for our future adversaries. Developing alliances, developing friends to overcome the (current) deficiency is important. That must be part of our strategic thought process," he said.