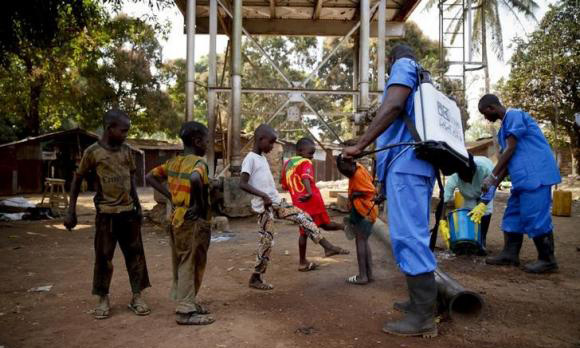 ABIDJAN - The three nations hardest hit by West Africa's Ebola epidemic recorded the lowest weekly total of new cases so far this year in the week leading up to March 22, the World Health Organization (WHO) said on Wednesday. The figures are a further indication that the outbreak, which has killed more than 10,300 people across Guinea, Liberia and Sierra Leone, is waning. But there are still worrying signs that the disease is not yet under control in Guinea, the U.N. health agency said in its weekly report. Seventy-nine new confirmed cases of Ebola were reported in the three countries during the week. Forty-five of those were in Guinea. And in a minor setback, Liberia reported its first new case in three weeks. The falling number of new cases in Sierra Leone and Liberia as well as a receding zone of transmission mean that treatment capacity now far exceeds demand there, and the WHO is working with local authorities to dismantle surplus centers. Even Guinea, which has seen a rise in new cases in recent weeks, saw some improvement, with instances of new infections declining nationwide. However, the WHO cautioned that authorities had yet to pin down and isolate the sources of new cases. "The fact that fewer than half of cases arose from known contacts, and the number of reported unsafe burials has increased suggests that the outbreak in Guinea continues to be driven by unknown chains of transmission," it said. - REUTERS