New No 1 Kerber eyes revenge against Pliskova in final 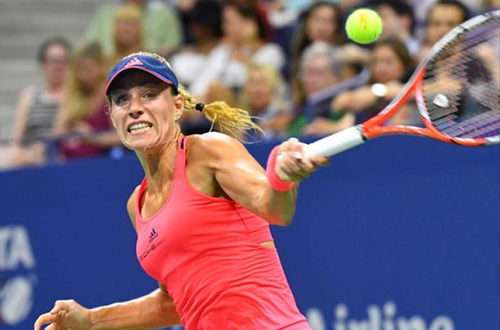 New No 1 Kerber eyes revenge against Pliskova in final

NEW YORK – Angelique Kerber, who fulfilled a dream by completing her rise to the rank of world number one in women's tennis, now has a chance to satisfy a more basic urge - revenge - in the US Open final on Saturday. The 28-year-old German goes for her second grand slam title of the year against 10th-seeded Czech Karolina Pliskova, who hopes to ride her huge service game to a maiden major in the Arthur Ashe Stadium showdown. Last month, Pliskova denied Kerber from claiming the top rankings spot by beating her in the Cincinnati final, and at the trophy ceremony the tall Czech said, "Maybe next time," as a tepid consolation to the German. The 'next time' has arrived, with a grand slam crown now at stake. "I remember the Cincinnati final. I was actually really tired because I came from Rio and I had a lot of tough matches there," Australian Open winner Kerber, who claimed silver at the Rio Olympics, told reporters. "(Here) I can really prepare for the final against Pliskova. I know how she is playing. I know she has a big serve. "I think I will go out there trying to get my next chance against her and take the revenge." Pliskova paved the way for Kerber's ascent, which will become official in Monday's new rankings list, by defeating Serena Williams in the US Open semi-finals to clinch number one for the German. Kerber has yet to lose a set in Flushing Meadows, but she has not faced the service firepower possessed by Pliskova, who has led the WTA Tour in aces the last two seasons as well as at this last grand slam of the year. HARDER TIME Pliskova, who had never before reached the second week of a slam, had a harder time, completing a Williams 'double' by beating older sister Venus in a third-set tiebreaker in the fourth round. The lanky, 24-year-old Czech said that with her mounting confidence, and big serve, she can go all the way. "In Cincinnati, I knew Angie ... kind of felt some pressure there," said Pliskova. "I was really going for my win there and got the win, which gave me a lot of confidence. "If you believe in yourself, you can beat anyone." Kerber, always a great defensive player, dedicated herself to getting fitter, stronger and more aggressive on the court this year and it paid huge dividends right from the start as she claimed her first slam victory in Melbourne over Serena. She was also runner-up to Serena at Wimbledon and has led the WTA Tour in match wins this season. "I think I played an amazing year. It's my third grand slam final now in one year, so I just try to enjoy it," Kerber said. Kerber, who beat twice Wimbledon winner Petra Kvitova in the fourth round and last year's Open runner-up Roberta Vinci in the quarters before eliminating former world number one Caroline Wozniacki in the semis, is now focusing on a second slam title. The German had a celebratory swim in Melbourne's Yarrow River after her breakthrough slam but has nothing planned should she add the US Open crown. "No, I think that was once and that was OK," she said when asked about taking another victory plunge. "Let's see what we will do if I win it here." –Reuters