Why were new references filed after nothing found in old ones? Nawaz 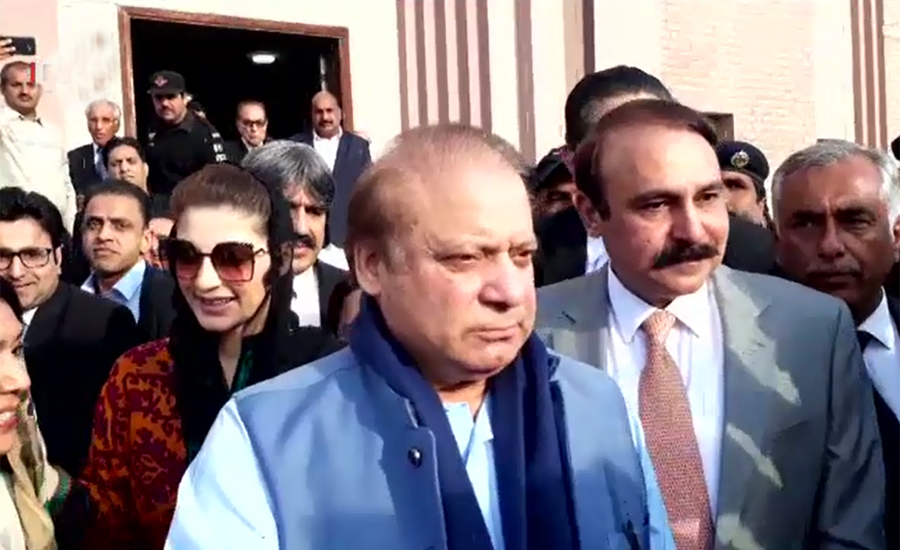 Why were new references filed after nothing found in old ones? Nawaz

ISLAMABAD (92 News) – Former prime minister Nawaz Sharif on Tuesday while again launching his tirade against the judiciary asked why new references were filed when nothing was found in the old references. Talking to media in accountability court on Tuesday, he said that Rental power, NICL and SGS-Cotecna were the case where corruption was proved. Sharif said that it looks like the movie of Dilip Kumar in which his wife set the bedroom on fire for not getting love, adding that his case was like that. Responding to a question regarding Amir Liaquat’s joining of Pakistan Tehreek-e-Insaf (PTI), the ex-PM laughed and said that Thank God, he didn’t join ruling Pakistan Muslim League-Nawaz (PML-N). He tried couple of years ago but didn’t join the PML-N, he added. To question regarding Punjab Chief Minister Shehbaz Sharif’s meeting with Chief of Army Staff (COAS) General Qamar Javed Bajwa, he said that had no knowledge. Answering a question pertaining to Imran Khan was declared “Sadiq and Ameen”, Sharif said that just look into his Bani Gala case in which the PTI chairman submitted fake documents but even then he was spared. They are just after my father’s business, Nawaz said, and added if they want to conduct accountability, they should start from 1937 when Allah almighty started blessing them.