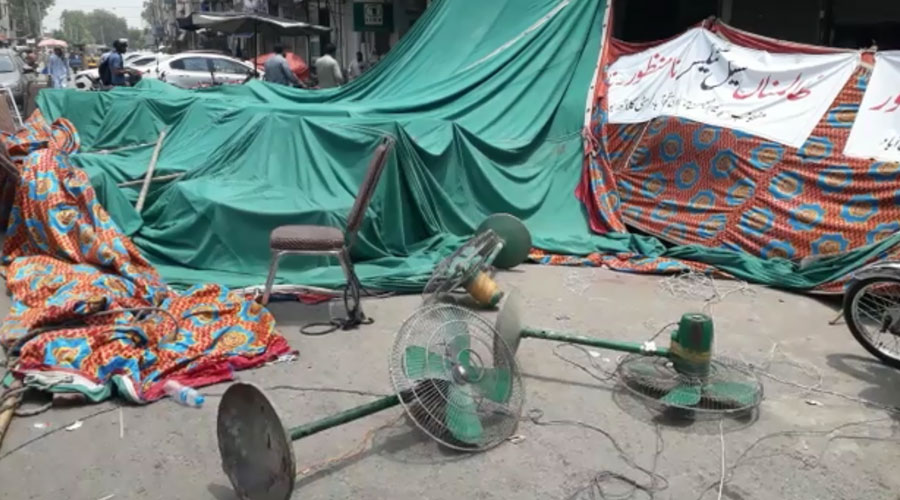 LAHORE (92 News) – Traders and whole-sellers in different cities of Punjab observed shutter-down and set up camps to protest 17 per cent ratio of General Sales Tax (GST) imposed by the federal government in the budget 2019. The strike was partially observed in the cities including Lahore, Gujranwala and Faisalabad and markets remained close, leaving the customers and wholesale dealers in the lurch. The protesting traders raised slogans against imposition of GST and demanded the government to reduce its ratio and also remove the condition of identify cards. In Faisalabad, police rooted out a protest camp erected by traders in front of a closed market in Karkhana Bazaar. Policemen also thew their other belongings away. 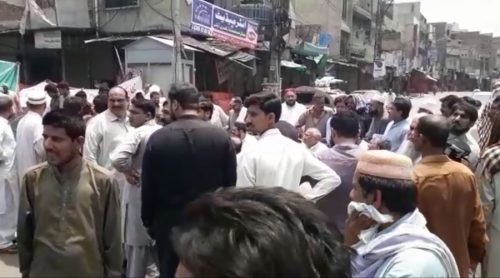 The protesters placed their chairs and fans in open and continued their protest. The embroidery units and processing mills remained close for the 11th and seventh consecutive day respectively. In Lahore, several markets and centers remained closed. In Gujrawnala, traders placed banners across the city. Heavy police contingent remained on roads to counter the protests. However, Tajir Action Committee in Karachi had withdrawn its call to observe three-day strike after ‘successful’ meeting Governor Sindh. Imran Ismail on Sunday. During negotiations with the KTAC, the Sindh governor assured the traders that their grievance would be addressed. Imran Ismail also assured the traders that he would arrange a meeting between the traders and Prime Minister Imran Khan during this weekend. Speaking to the journalists, the Singh governor assured that no action would be taken against the traders during one month. He also thanked the traders for taking back the strike call. The business community presented their proposal in connection with tax collection and revenue generation during the meeting. On the occasion, KTAC leader Jameel Paracha mentioned that they will strike on Saturday if their demands not accomplished. https://www.youtube.com/watch?v=E070MdEBoYk