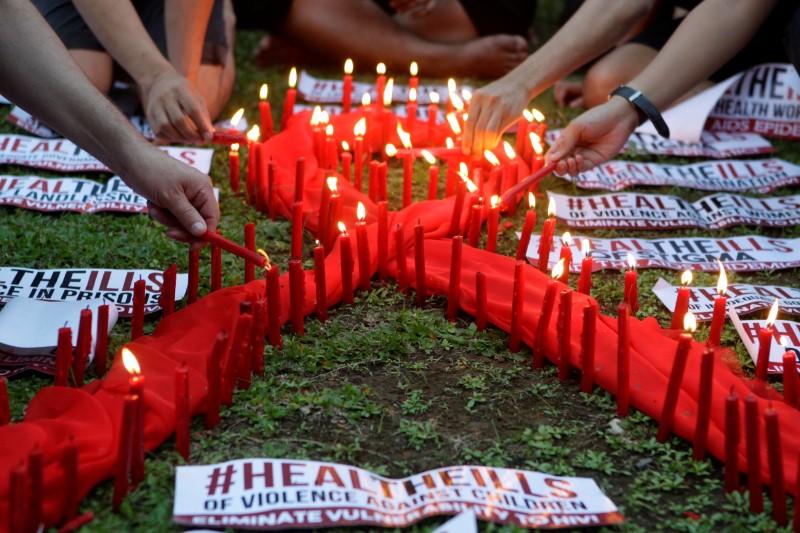 LONDON (Reuters) - Researchers announced the launch of two big studies in Africa on Thursday to test a new HIV vaccine and a long-acting injectable drug, fuelling hopes for better ways to protect against the virus that causes AIDS.

The start of the three-year vaccine trial involving 2,600 women in southern Africa means that for the first time in more than a decade there are now two big HIV vaccine clinical trials taking place at the same time.

The new study is testing a two-vaccine combination developed by Johnson & Johnson (J&J) with the US National Institutes of Health (NIH) and the Bill & Melinda Gates Foundation. The first vaccine, also backed by NIH, began a trial last November.

At the same time, GlaxoSmithKline's majority-owned ViiV Healthcare unit is starting another study enrolling 3,200 women in sub-Saharan Africa to evaluate the benefit of giving injections every two months of its experimental drug cabotegravir.

The ViiV initiative, which is expected to run until May 2022, also has funding from the NIH and the Gates Foundation.

Women are a major focus in the fight against the sexually transmitted disease since in Africa they account for more than half of all new HIV infections.

ViiV is also running another large study with its long-acting injection in HIV-uninfected men and transgender women who have sex with men. That study started in December 2016.

Although modern HIV drugs have turned the disease from a death sentence into a chronic condition and preventative drug treatment can help, a vaccine is still seen as critical in rolling back the pandemic.

The latest vaccine experiments aim to build on the modest success of a trial in Thailand in 2009, when an earlier vaccine showed a 31 percent reduction in infections.

"That is the goal. Hopefully, we get much higher," he told Reuters.

The new vaccines require one dose to prime the immune system and a second shot to boost the body's response.

One reason why making an HIV vaccine has proved so difficult in the past is the variability of the virus.

Initial clinical results reported at an AIDS conference in Paris in July showed the mosaic vaccine was safe and elicited a good immune response in healthy volunteers.

Some 37 million individuals around the world currently have HIV and around 1.8 million became newly infected last year.