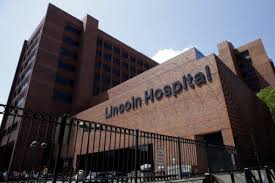 NEW YORK - New York City's Department of Health ordered the examination and cleaning of all cooling towers in the city, in response to an outbreak of Legionnaires' disease that has claimed 10 lives. Owners of cooling towers have 14 days to comply with the order, which comes as 100 people have been reported sick with the disease, according to city health department figures. As of Wednesday, more than half of the people hospitalized had been treated and released, the mayor's office said. The disease, a severe kind of pneumonia, is contracted by breathing in mist from cooling towers containing the bacteria Legionella. The incubation period for Legionnaires' disease is 10 days. Mayor Bill de Blasio said that two new fatalities reported on Thursday occurred in the same area of the South Bronx where the original outbreak was detected last month and that there was no sign of the disease spreading. "Everyone understands that the outbreak has been limited to one community in our city," de Blasio said. "We’re doing this out of an abundance of caution." It is unclear exactly how many cooling towers there are in the city, but city Health Commissioner Mary Bassett said there are at least 2,500, mostly in commercial and industrial settings. Governor Andrew Cuomo said the state Department of Health is providing building managers and landlords with free Legionella testing through October. He has also asked the U.S. Centers for Disease Control and Prevention to prepare a team to come to New York in an advisory role. Since July 10, the outbreak has been concentrated in the South Bronx neighborhood, one of the poorest in the United States. All the people who died of the disease were older adults with underlying medical problems. Of the 17 cooling towers that city health officials have inspected for Legionella, five tested positive. Remediation was completed at each of the locations, all in the South Bronx. The city's last Legionnaires' outbreak was also in the Bronx, where 12 people fell ill in December 2014. Officials said previously that the outbreak had peaked and they had seen a reduction in the rate of its growth. -Reuters