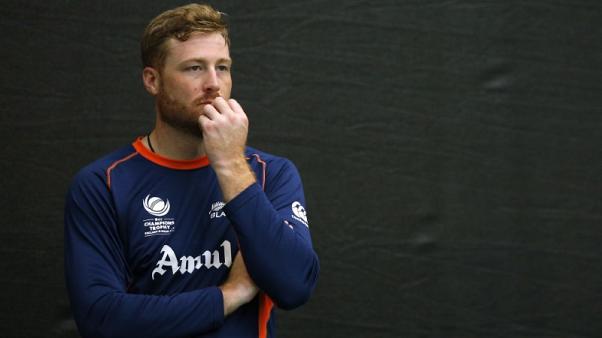 WELLINGTON (Reuters) - New Zealand have added experienced batsman Martin Guptill to their 13-man squad for the first Test against England in Auckland, a day-nighter which starts on Thursday.

With Ross Taylor battling a thigh injury sustained during the one-day series against the touring side, Guptill’s inclusion will give New Zealand a extra option across the batting order.

“We opted for extra batting cover for that final spot and with Martin having been playing in the middle-order recently, he can cover a number of positions for us,” selector Gavin Larsen said in a statement from New Zealand Cricket.

“Ross is progressing nicely and is expected to take a full part in training tomorrow (Tuesday). The team are looking forward to what will be a special match beginning on Thursday.”

The first match in the two-test series at Eden Park will be the maiden day-nighter in New Zealand.