New Zealand ahead after rainy third day against Pakistan 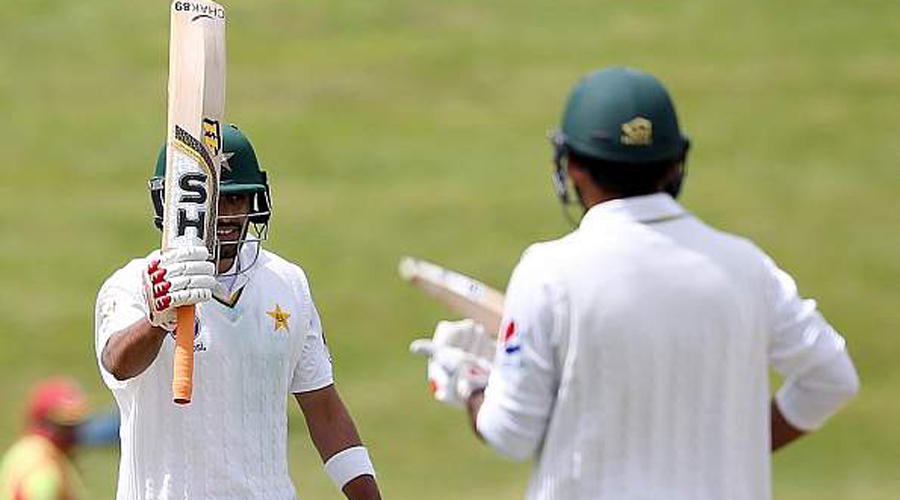 New Zealand ahead after rainy third day against Pakistan

HAMILTON - Heavy rain washed out much of the third day's play of the second test between Pakistan and New Zealand on Sunday, with the hosts facing just one ball in their second innings before bad light ended proceedings. Mohammad Amir sent down one delivery to Jeet Raval before umpires Sundaram Ravi and Simon Fry took the players from the field with two scheduled hours of play remaining at Seddon Park in Hamilton. Heavy rain then swept across the ground. New Zealand had a 55-run lead on the first innings after Pakistan's Babar Azam had come agonisingly close to a first test century, stranded on 90 not out when Imran Khan became Tim Southee's sixth wicket of the innings. The visitors had resurrected their reply in what little play was available, resuming on 76 for five before Babar combined with Sarfraz Ahmed in a 74-run partnership and for 67 runs with Sohail Khan to get up to 216. They had initially slumped to 51-5 late on Saturday. Rain had earlier forced the players off 10 minutes before lunch but they were able to return after the break for one over before a heavy downpour swept across the ground and washed out the rest of the middle session with Pakistan 201-8.
That they were able to get anywhere near New Zealand's total of 271 was down to the counter-attacking approach adopted by Sarfraz and Sohail.
The aggressive Sarfraz hit six fours from two Southee overs earlier before he was caught by Raval at second slip off Neil Wagner for 41. Sohail, also refused to take a backwards step and made a brisk 37, which included two sixes from successive Wagner deliveries. Sohail was caught by wicketkeeper BJ Watling off Southee before Wahab Riaz was trapped in front by Colin de Grandhomme for a five-ball duck. Southee quickly wrapped up the final two wickets when they returned in the final session to give the 27-year-old figures of 6-80, his fifth five-wicket haul in tests. New Zealand won the first match of the two-test series by eight wickets. -Reuters