New Zealand cling on as clouds gather in Christchurch 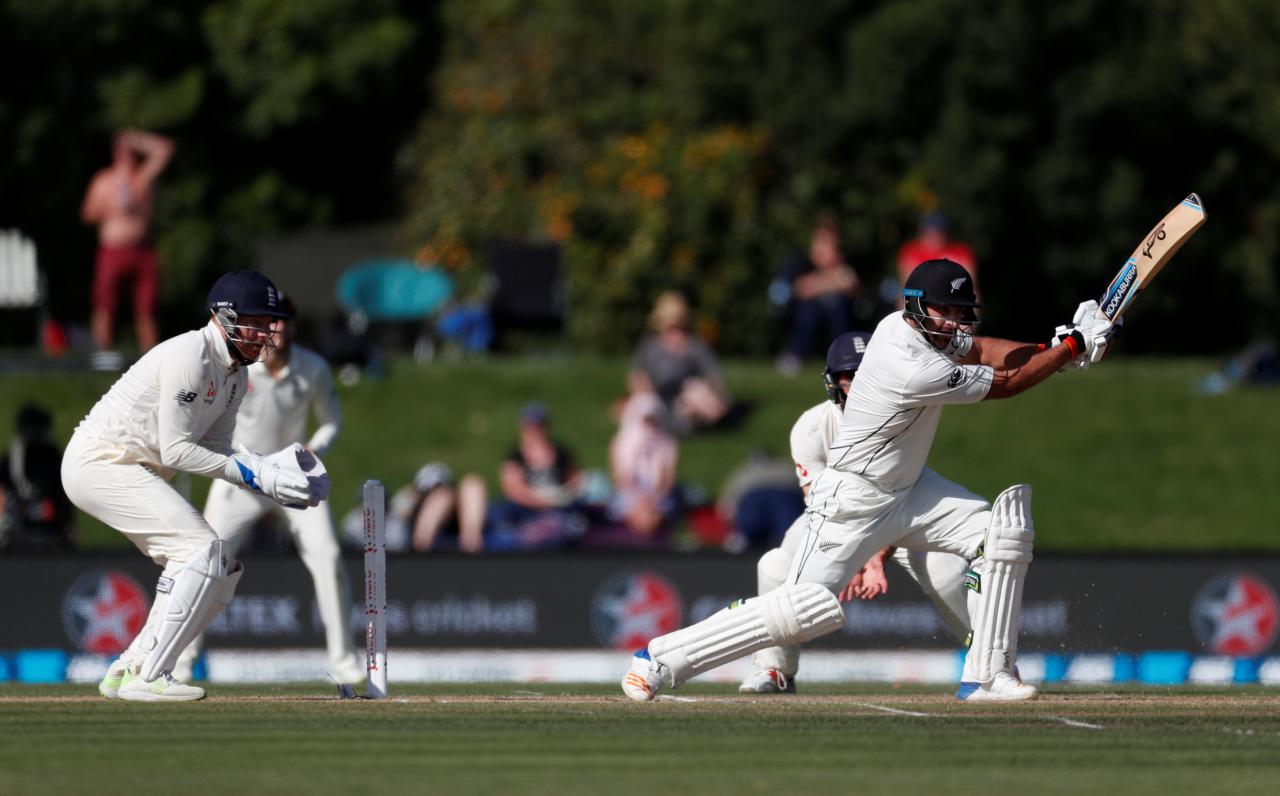 New Zealand cling on as clouds gather in Christchurch

CHRISTCHURCH (Reuters) - New Zealand were clinging on at 191 for six at tea on the final day of the second Test against England on Tuesday, still 190 runs behind but with gathering clouds above Hagley Oval offering hope they might play out a draw and win the series. The tourists could not have made a better start to the day with Stuart Broad taking wickets with his first two deliveries but opener Tom Latham’s gritty 83 helped keep England at bay. Colin de Grandhomme (27 not out) and Ish Sodhi (16 not out) will resume to face the new ball for the final session at a ground where stumps have been drawn early for the last three days because of fading light. The hosts resumed on 42-0 but paceman Broad removed Jeet Raval (17) with his loosener before coming up with a peach of a delivery to take the key wicket Kane Williamson for a golden duck when the New Zealand captain edged behind.
Ross Taylor blocked to prevent a hat-trick for the England seamer but soon became spinner Jack Leach’s first Test victim with a reverse sweep straight to Alastair Cook at short backward square, the former skipper departing for 13. Henry Nicholls also made 13 before he became paceman James Anderson’s 531st Test victim, miscuing a drive that took an edge into the hands of Cook in the slip cordon.BJ Watling scored a battling 19 before getting across the crease to flick Mark Wood to Anderson at backward square before Leach got his second wicket when Latham top-edged a sweep to be caught by James Vince. New Zealand won the first Test in Auckland by an innings and 49 runs and are seeking their first series win over England since 1999.