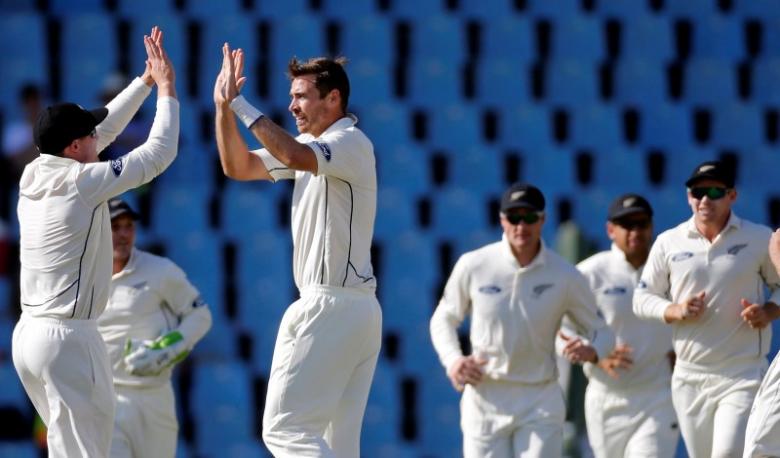 WELLINGTON – New Zealand fast bowler Tim Southee has been ruled out of the three-match Test series in India with an ankle injury and will be replaced by paceman Matt Henry. Southee felt pain in his front foot while bowling in training and a scan had shown a ligament strain in his left ankle, New Zealand's cricket board said. The 27-year-old, New Zealand's most experienced Test bowler with 52 matches and 177 wickets, will return home for rest and rehab but was expected to be available for the one-day internationals starting mid-October. "Tim has been working hard in preparation for this tour, so he's understandably very disappointed to be ruled out of all three Tests," New Zealand coach Mike Hesson said. "The focus now is for Tim to give his ankle seven to 10 days rest, before slowly building his bowling loads back up ahead of the ODI series. "We've got a replacement who is ready to go in Matt Henry and he'll join the team before the start of the first Test." The 24-year-old Henry has played just three more Tests since his debut against England at Lord's last year, his last match against Australia in Christchurch in February. The series opener starts in Kanpur on Sept. 22 before further matches in Kolkata and Indore. –Reuters