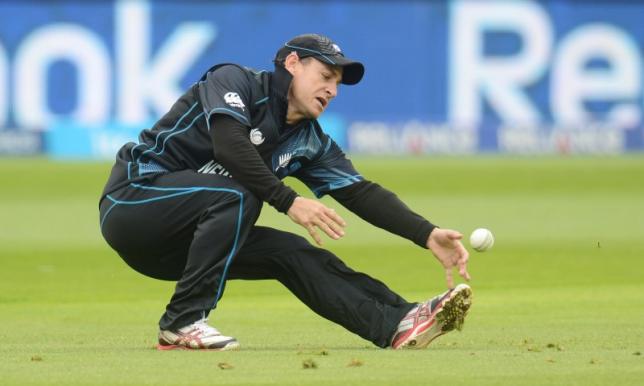 WELLINGTON - New Zealand will be hoping to stifle their opponents by taking pace off the ball with the inclusion of three frontline spinners in their 15-man squad for next month's World Twenty20 in India.

Off-spinner Nathan McCullum, left-armer Mitchell Santner and leggie Ish Sodhi all found a place in the Kane Williamson-led side for the March 8-April 3 tournament, and the trio can expect to see plenty of action on the host nation's slow pitches.

"With the Indian conditions in mind, the plan has always been to take three frontline spinners, and all three bring something different," coach Mike Hesson said in a New Zealand Cricket statement on Monday.

"It's great to have Nathan available again and his experience in the foreign conditions will be invaluable.

"Both he and Mitch Santner have the ability to bowl in the first six overs, which gives Kane a number of options to work with."

McCullum has not played for New Zealand since August but is also handy with the bat, as is Santner, who impressed during the recent limited-overs series at home against Pakistan.

Left-handed batsman Henry Nicholls, yet to play a T20 for New Zealand, was also rewarded with a spot for his match-winning 82 against Pakistan in the first ODI.

"Henry has shown his talent and versatility with the bat this summer and has also been used as a wicketkeeper for New Zealand A," Hesson added.

Pacemen Tim Southee and Mitchell McClenaghan, and batsman Ross Taylor were also included in the squad despite carrying injuries with all three expected to be fit for the tournament, NZC added in the statement.

New Zealand, who will be aiming to win a first limited-overs World Cup, have been drawn with Australia, India, Pakistan and a yet-to-be-confirmed qualifier in Group 2 of the Super 10 round of the tournament.

"On top of our four genuine pace bowlers and Corey (Anderson) as all-rounder, Colin (Munro) and Grant (Elliott) are also options with the ball for us with their change of pace," Hesson said. New Zealand open their campaign against the hosts in Nagpur on March 15.