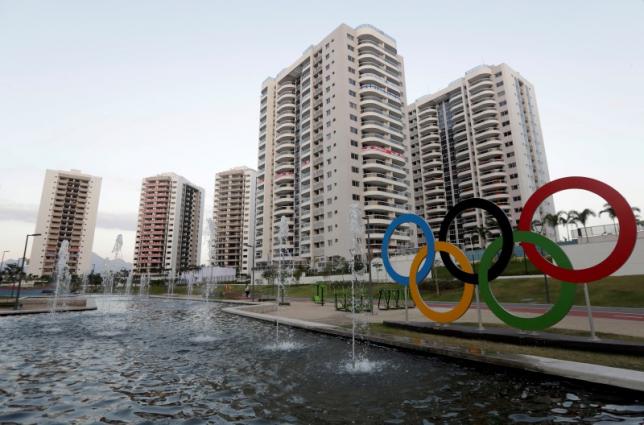 WELLINGTON - New Zealand's Olympic team said they were satisfied with their accommodation for the Rio de Janeiro Games on Sunday, despite their trans-Tasman Sea neighbours Australia refusing to move in. The Australian Olympic team have declined to take up their apartments in the village with Chef de Mission Kitty Chiller saying the accommodation was "not safe or ready". The Italian team also said some areas of the village were not ready and that they had been forced to hire workmen to carry out emergency repairs. The New Zealand Chef de Mission Rob Waddell said, however, he was happy with the accommodation, even if the advance team had needed to work with organisers to get it up to standard. Waddell and his 10-strong advance party arrived in Rio last week and also found plumbing and electrical issues, but managed to fix them in time. "We were disappointed the village wasn't as ready as it might have been when we arrived and it hasn't been easy," the Sydney Olympics rowing champion said. "Our team has had to get stuck in to get the job done. "We're pleased to say that thanks to the New Zealand team's planning, strong relationships and a bit of hard work were ready for the first athletes to arrive." Italy's team leader Carlo Mornati said on Sunday some parts of the village were not ready to host athletes when it opened for business on Sunday. "Among the unfinished areas are a few apartments in block 20, the one to be used by Italy, and we have had to hire labourers, electricians, plumbers and bricklayers over the last few days so that the athletes' accommodation can be brought up to normal conditions as soon as possible," the Chef de Mission said in a statement. 'TEETHING TROUBLES' The newly-built village will host more than 18,000 athletes, officials, staff and volunteers in 31 buildings and more than 3,600 apartments over the Aug. 5-21 Olympics and Sept. 7-18 Paralympics. Organisers have conceded there have been "teething troubles" and promised that crews would be "working 24 hours a day until the issues are resolved". Australia's Chiller cited problems including "blocked toilets, leaking pipes and exposed wiring." Some apartments had water running down the walls and "a strong smell of gas," while stairwells were unlit and floors were in need of a thorough clean. The Australians are hoping to move athletes into the village on Wednesday. London Olympics rowing champion Mahe Drysdale was the first New Zealand athlete to arrive in the village on Sunday and declared himself pleased with the standard of accommodation. "We are in Rio! Already taken ownership of the Village being the very first Athlete from any country to arrive and get through the gates!" Drysdale wrote on his Instagram account. "All is good, few finishing touches still to be made but when you arrive at 5am on opening day you can't expect it to be perfect. Next stop the Rowing Venue." -Reuters