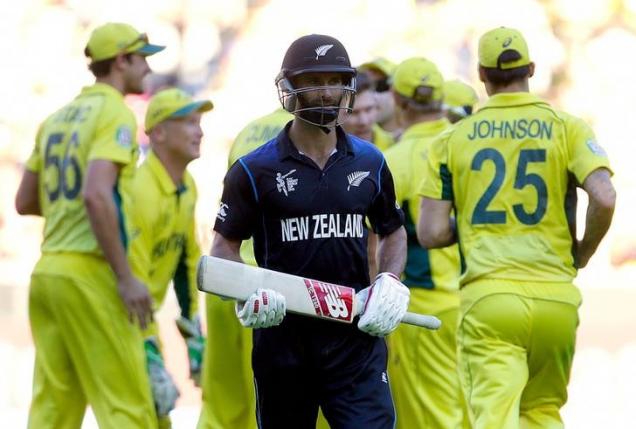 MELBOURNE - Australia will chase a victory target of 184 runs to secure their fifth World Cup after their fast bowlers made short work of New Zealand's batsmen in the final in Melbourne on Sunday. Earlier, Brendon McCullum won the toss and sent his team in to bat, but the New Zealand skipper was bowled for a duck in the first over and two further top-order wickets went cheaply as the co-hosts slumped to 39-3 by the 13th over. Grant Elliott (83) and Ross Taylor (40) put on a 111-run stand before fast-bowling all-rounder James Faulkner crashed through the partnership with a three-wicket spell, and the tailenders quickly crumbled as New Zealand were bowled out for 183 with five overs to spare. - Reuters