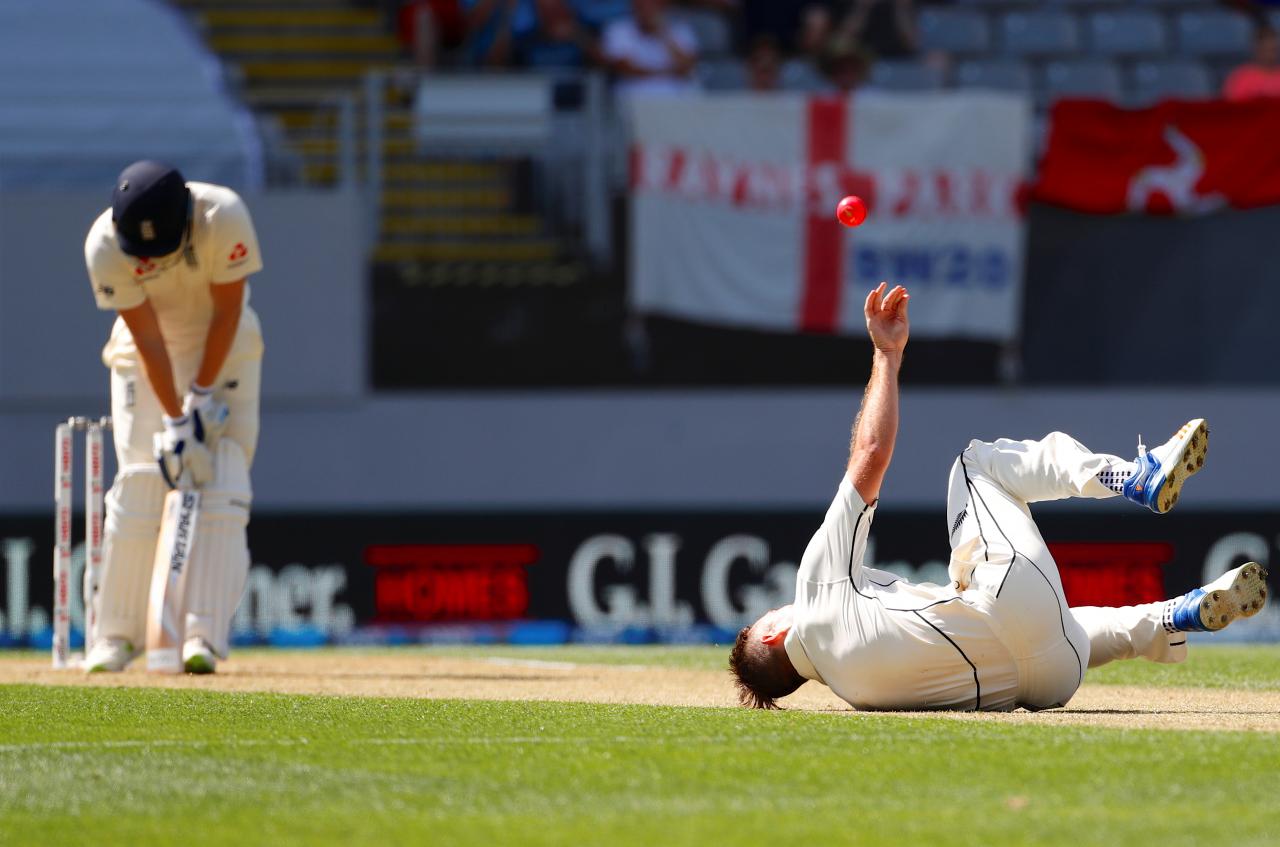 AUCKLAND (Reuters) - Tom Latham and Kane Williamson pushed New Zealand into a lead of 30 runs after England were bowled out for just 58 in the first test at Eden Park on Thursday. Williamson, who had won the toss and chose to bowl with the pink ball in the first day-night test in New Zealand, was 59 not out with Latham on 26 as they took the home side to 88 for one at the dinner break. England had been in danger of recording the lowest test score in history and then flirted with their own lowest score — the 45 they limped to against Australia in Sydney in 1887 — before Craig Overton stopped the rot with a counter-attacking 33. New Zealand bowlers Trent Boult and Tim Southee struck early and often as England’s innings crumbled. Boult finished with career-best figures of six for 32 after he had ripped the top off England’s batting with four for nine from his first six overs. Southee finished with four for 25. Left armer Boult lit the blue touch paper when he had Alastair Cook caught behind for five by Latham at second slip as the former England captain failed to get forward to a delivery just short of a full length. Boult then bowled England captain Joe Root for a duck, had Dawid Malan caught behind for two and bowled Ben Stokes for a duck to leave the visitors floundering at 18 for five after Southee had Mark Stoneman (11) caught behind by wicketkeeper BJ Watling. Southee then took a return catch from Jonny Bairstow (nought) and then bowled Moeen Ali (nought) as the visitors slumped to 23 for eight after the first hour and were flirting with the lowest test score of all time — the 26 scored by New Zealand against England at Eden Park in 1955. However Overton, brought in as bowling cover amid concerns about the fitness of all-rounder Stokes, hit a four to take them away from that danger and while Stuart Broad fell to a superb diving catch by Williamson, last man Anderson held up the other end to ensure their side crept past 50.