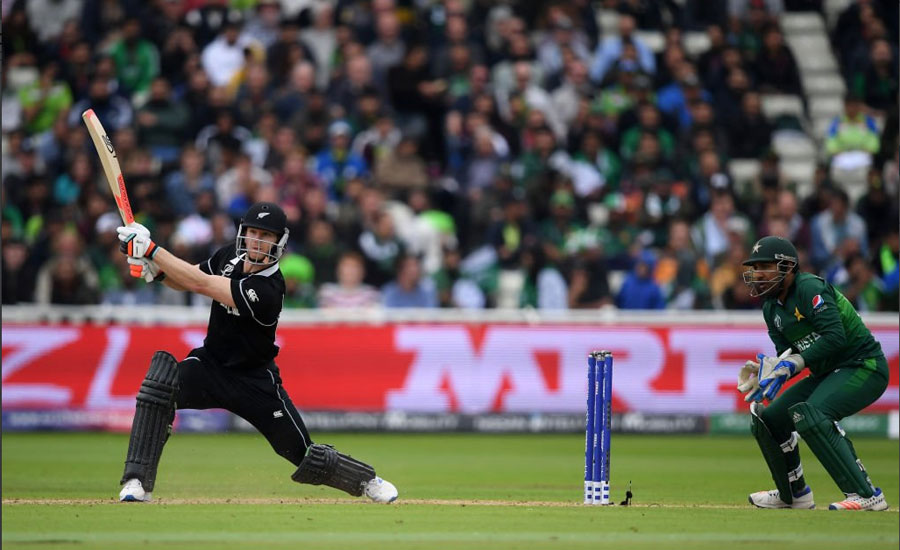 BIRMINGHAM (92 News) – New Zealand scored 237 runs for the loss of six wickets against Pakistan in a key match of the World Cup on Wednesday. Electing to bat after winning the toss, JD Neesham blasted 92 runs off 112 runs with the help of five fours and three sixes. Grandhomme  and Williamson toped scored with 64 and 41. Shaheen Shah Afridi took three wickets for 17 runs. Mohammad Amir and Shadab Khan took one wicket each. The tournament’s most consistent team against its most unpredictable one. New Zealand are unbeaten in this World Cup. Pakistan have done what Pakistan do best – they have fluttered between being indifferent and being spectacular. It makes it impossibly hard to determine which way this contest will go, and it’s the kind of uneasy excitement this tournament needs as teams begin to scrap ever more intensely for the final four spots. A win for New Zealand should more or less take them there. Kane Williamson’s men have been outstanding across departments, led by the captain himself. Ross Taylor has been a supporting act, but an effective one at that, while Colin de Grandhomme has struck vital runs and chipped in with economical overs to complement the pace attack. Pakistan were excellent against South Africa, but they are now at the stage where they need to sustain that throughout the matches that remain. They have been woefully slow to start and it has left them to play some hard catch-up. There is little doubt, however, that Sarfaraz Ahmed’s men can pull it off.