Next five years will be era of progress & prosperity in AJK, says Nawaz Sharif 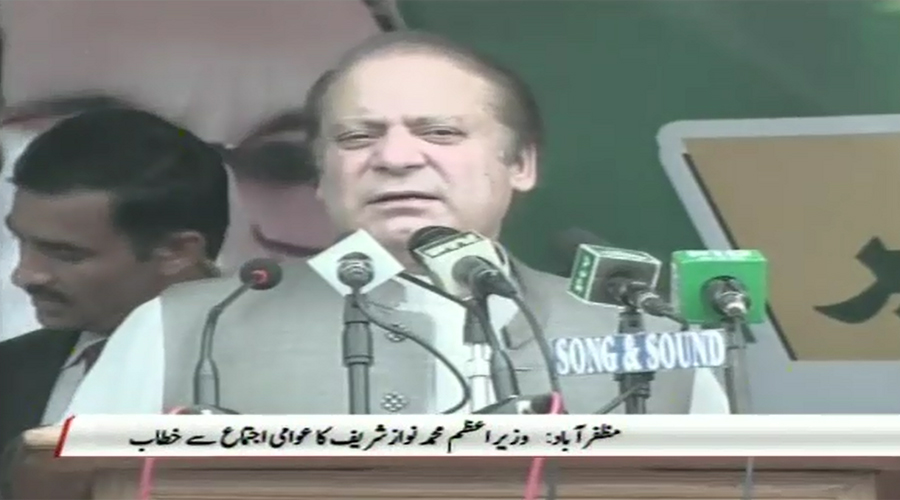 Next five years will be era of progress & prosperity in AJK, says Nawaz Sharif

MUZAFFARABAD (92 News) – Prime Minister Nawaz Sharif has said that the next five years will be an era of progress and prosperity in Azad Jammu and Kashmir. Addressing a public meeting on Friday, he said that success in politics is doing some service, not staging sit-ins. He said that a network of roads will be laid, while motorway and hospitals will be constructed in AJK. The prime minister thanked the people for PML-N's historic win the elections. He said that no one could stop the independence movement in the Occupied Kashmir. “We are waiting for the day when Kashmir will become Pakistan,” he maintained.