Next week to provide clues about Fed's, ECB's next steps 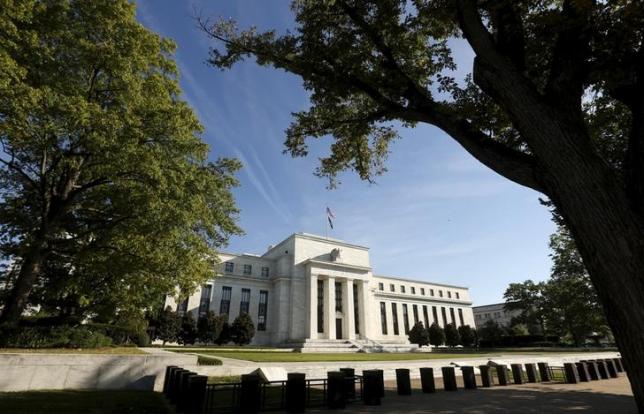 Next week to provide clues about Fed's, ECB's next steps

FRANKFURT - Next week will provide investors with clues as to how far the US Federal Reserve is from its next interest rate hike and whether the European Central Bank will see out the year without easing its monetary policy again. Friday's US jobs data will be the highlight of the week after some members of the Fed's Federal Open Market Committee suggested a rate increase could come as early as June if the US economy recovered from a weak first quarter. A Fed rate hike could send shockwaves across the world at a time when the global economic is slowing, emerging markets remain fragile and Britain's EU membership referendum on June 23 is on a knife-edge. Economists expect US employers excluding farmers to have added 170,000 workers last month, slightly more than in April, with hourly wages growing by 0.2 percent from the previous month. "Anything above last month's 160,000 non-farm payrolls reading should be sufficient for the FOMC, whilst any unexpected swing in wage growth could foster some further thoughts of a June hike," economists at Dutch bank ING wrote in a note. "On balance, the FOMC is in no hurry and may wait until July when the event risk surrounding the UK referendum has passed." Trading in US federal funds futures on Friday implied a 26 percent chance of an increase at the June 14-15 meeting and 56 percent at the July 26-27 one, according to derivatives exchange CME Group. Growing market expectations of a rate hike may be self-defeating, though, as they have been accompanied with a tightening of financial conditions via a stronger dollar and higher bond yields, some economists said. These may damage emerging economies where many companies borrow in dollars and knock down the price of some commodities, risking a repeat of the market rout seen after the Fed's first post-crisis rate hike in December. "A stronger dollar is likely to increase pressure on China’s currency and weigh on commodity prices, thereby re-introducing the key elements of stress that led to a sharp tightening of financial conditions earlier this year," economists at Deutsche Bank said. "If this view is correct, the scope for further rate increases by the Fed is reduced." The dollar was on track for its strongest monthly performance since last November against a basket of currencies and yields on US Treasuries were higher on the week. ECB AND INFLATION Next week will also see the ECB hold its policy meeting on Thursday after the publication of inflation and lending data earlier in the week. The euro zone's central bank is expected to keep interest rates on hold and reaffirm its focus on implementing the stimulus package announced in March. This included purchases of corporate bonds and a new round of so-called TLTRO loans for banks, both due to kick off in June. The ECB will likely have a rare opportunity to raise some of its inflation forecasts for this year and the next thanks to a rebound in oil prices, giving it some breathing space to allow its measures to work their way into the economy. "The combined economics departments of the Eurosystem central banks must be sighing in relief over this round of forecasts," Anatoli Annenkov, an economist at Societe Generale, said. "With the Corporate Sector Purchase Programme and TLTRO II still to be launched, and higher headline inflation in the pipeline, the ECB will be in no hurry to launch any new measures." Despite the bounce in oil prices and a continued, albeit modest, recovery in lending, inflation was expected to have remained negative in May. With price growth likely to remain below the ECB's target of almost 2 percent until as late 2018, some economists were still betting on more ECB action before the end of the year. "We suspect there is some tolerance (about the time it would take to reach the inflation target)," Greg Fuzesi, an economist at JPMorgan, said. "But, we also think that the 2018 inflation forecast will set the scene for an eventual easing, likely announced in September." Every three in five economists polled by Reuters do not expect the ECB to ease its policy again this year. -Reuters