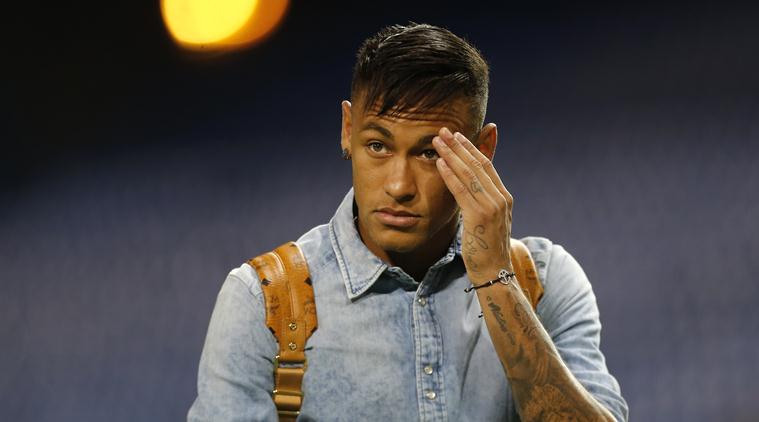 SAO PAULO - Barcelona striker Neymar has been cleared of any criminal charges in a long-running tax evasion case in Brazil, a Brazilian court said.

A judge in Sao Paulo said there was a "lack of just cause" in the case that alleged he underpaid income tax between 2011 and 2014.

Neymar's father and agent said Wednesday's decision was a major victory. "It is with great happiness that we received the news of the shelving of the Public Ministry's case of tax evasion," Neymar Snr. said in a statement sent to Reuters. "The process is officially closed (and) that proves the legality of all our acts."

Neymar could still, however, have to pay substantial sums to Brazil's tax office. Brazil's federal tax office charged Neymar in 2015 with evading 63 million reais ($19.94 million) in taxes due on income earned from the Santos and Barcelona soccer clubs and sponsors between 2011 and 2014.

Neymar appealed last year and a court ruling in his favour in March halved the penalty of 200 million reais in fines, back-taxes and interest that Brazil's tax office had slapped on the player.

This was separate to the criminal prosecution brought by federal prosecutors, which has now been shelved.

"These were four years of unfounded accusations that me, my family and the employees of my companies suffered through, in every possible way," Neymar's father said in his statement.

"Although many people doubted it, there is justice in our country. Charge by charge, one after the other, they were knocked down by our defence, leaving it explicitly clear that we did not avoid paying one cent of tax. "I hope we can now concentrate on our work and that my family has the peace it deserves."

Neymar's future on the pitch is the subject of speculation, with the player linked in Spanish, French and Brazilian media with a transfer to Paris St Germain.

Neymar, an idol in Brazil who led the Olympic team to glory at the 2016 Rio Games, said last week he was happy at Barcelona but he has yet to state definitively where he will play next season.

Widely considered the outstanding player of his generation in Brazil, Neymar led Santos to the Libertadores Cup for the first time since Pele played for the club.

He then moved to Barcelona in 2013 where he has formed one of the most deadly forward lines in football alongside Lionel Messi and Luis Suarez.

He is currently on a pre-season tour with Barcelona, where he has won two La Liga titles and a Champions League, in the United States and is expected to play in Wednesday's match against Manchester United in Maryland. -Reuters