Neymar on target to leave Liverpool hopes in the balance 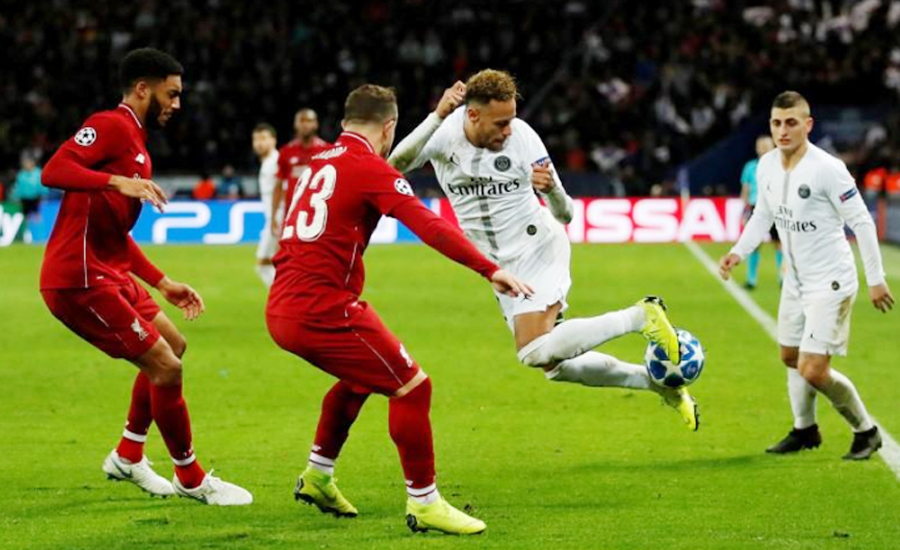 Neymar on target to leave Liverpool hopes in the balance

PARIS (Reuters) - Paris St Germain revived their Champions League campaign with a 2-1 win over Liverpool in Group C on Wednesday, leaving the English club’s hopes of reaching the last 16 hanging in the balance. PSG set out like a team determined finally to prove their credentials on the big European stage, and went in front in the 13th minute through Juan Bernat, before Neymar made it 2-0 eight minutes before halftime after a lightning PSG counter-attack. Yet with the French champions in cruise control, Angel Di Maria needlessly brought down Sadio Mane to concede a penalty, which James Milner converted in first-half stoppage time, to give Liverpool hope.
The visitors could not find an equaliser, though, slipping to a third away group defeat — the first time they have lost all three group matches away from Anfield in the Champions League. The result sees PSG leapfrog last year’s finalists Liverpool, with eight points to Liverpool’s six, with Napoli top of the group on nine and everything still to play for in the final round of matches. Liverpool head into the game against Napoli at Anfield needing to win 1-0 or by two goals or more to guarantee their spot in the knockout stages, while PSG will go through with a win over Red Star Belgrade.
“Now we have to use Anfield one more time,” Liverpool manager Juergen Klopp told BT Sport. “We will see what happens. 11th December (against Napoli) we have a proper final at Anfield.” Desperate to make an impression on the European stage, having not reached a Champions League semi-final since 1995, PSG were handed a pre-match boost with both Neymar and Kylian Mbappe passed fit to play. The duo caused the Liverpool backline plenty of problems from the start, with goalkeeper Alisson forced into a smart save to deny Di Maria and Mbappe then firing straight at the Brazilian. Bernat then danced into the Liverpool box after pouncing on Virgil van Dijk’s poor clearance to break the deadlock. After Mbappe and Neymar combined down the left, the Frenchman squared for Edinson Cavani, whose effort was saved only for Neymar to convert the rebound, becoming the top-scoring Brazilian in Champions League history in the process. “The start was like we expected it to be, to be honest, very wild, very intense,” Klopp said. “The problem is when a game starts like that it is difficult to gain confidence, and we never got to 100 percent of our game.” After Milner got Liverpool back into the game, the old PSG, who have suffered plenty of Champions League disappointments against high-calibre opposition, might have let the setback get into their heads. Yet they stood firm as Liverpool pressed after the break and came closest to scoring again, when a bullet header from Marquinhos was brilliantly saved by Alisson.