NFL: Browns hungry to defy the odds in Pittsburgh 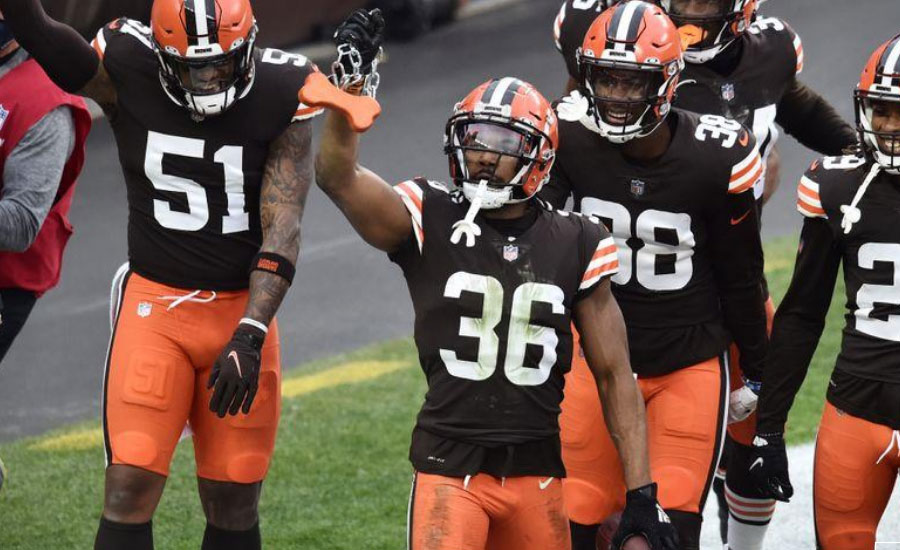 NFL: Browns hungry to defy the odds in Pittsburgh

(Reuters) - In football there are underdogs - and then there are the Cleveland Browns.

The team whose name was long synonymous with disappointment have clinched their first postseason berth since 2002, but now face the Herculean challenge of a Wild Card game against the Steelers in Pittsburgh, where they haven’t won since 2003.

They also have to play on Sunday without their head coach.

“I’m going to try to be an extension of him (head coach Kevin Stefanski),” said special teams coordinator Mike Priefer, who will act as head coach on Sunday after Stefanski tested positive for COVID-19.

“Being in the position that I’m in on special teams, I understand situational football,” said Priefer, who also worked with Stefanski at the Minnesota Vikings.

“I’m going to try to do exactly what Kevin would want to have happen in those situations.”

The 11-5 Browns dealt with intermittent shutdowns at their practice and training facility at the tail end of the regular season, and have not been able to practise together this week, with safety Ronnie Harrison added to the Reserve/COVID-19 list on Thursday.

Quarterback Baker Mayfield, a former first-round pick who threw for 3,563 yards and 26 touchdowns this season, played down the impact of the lost practice time.

“Getting your body right and rested and recovered is, I would say, more important,” Mayfield said. “But you know we still would like to be getting a few reps.”

The Steelers, who won the AFC North with a 12-4 record, would have posed an enormous challenge even under normal circumstances, with one of the league’s top defenses and their two-time Super Bowl champion quarterback Ben Roethlisberger well rested after sitting out Week 17.

Even so, five-time Pro Bowl wide receiver Jarvis Landry said the Browns are used to defying expectations - and ready to put that chip on their shoulder to good use.