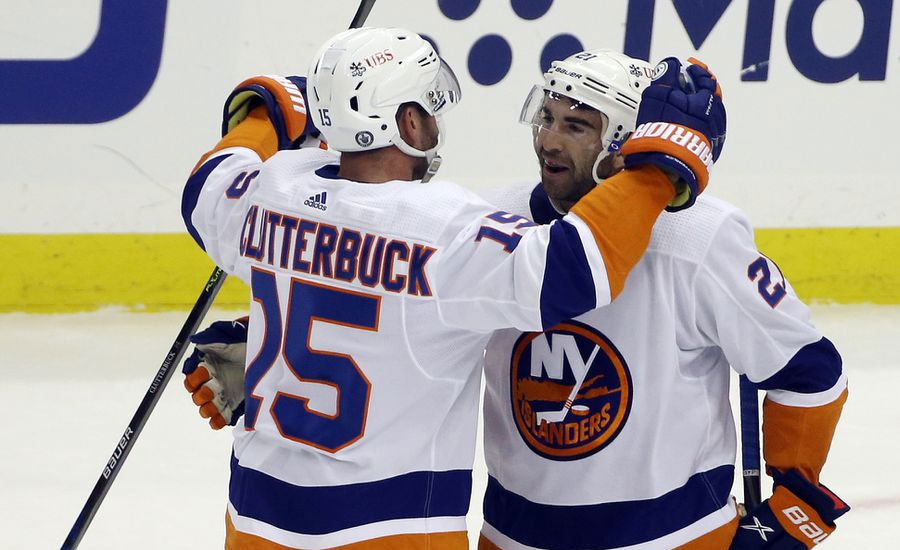 (Reuters) - Brayden Point's second goal of the game with 74 seconds remaining was the winner and Nikita Kucherov tallied two goals and an assist in his first game of the season as the visiting Tampa Bay Lightning claimed a thrilling 5-4 victory over the Florida Panthers to open their Stanley Cup playoffs series Sunday in Sunrise, Fla.

Jonathan Huberdeau scored once in a three-point outing, while Aleksander Barkov and Owen Tippett collected one goal and one assist for the Panthers. Carter Verhaeghe also scored and goalie Sergei Bobrovsky stopped 35 shots.

The Panthers will host Game 2 of the best-of-seven playoff series -- the first ever between the Sunshine State rivals -- on Tuesday.

Kyle Palmieri's second goal of the game at 16:30 of overtime lifted visiting New York past Pittsburgh in Game 1 of an East Division playoff series.

Palmieri, from a sharp angle, beat Penguins goaltender Tristan Jarry with a high shot. Jean-Gabriel Pageau added a goal and two assists and Brock Nelson also scored for the Islanders.

Teammate Jordan Greenway handled the puck behind the Vegas net and passed it to the slot, off Marcus Foligno's stick and to Eriksson Ek. His wrist shot deflected off Golden Knights defenseman Alec Martinez and into the net.

Cam Talbot made 42 saves for the Wild, who finished third in the West Division. Talbot has five postseason shutouts in his NHL career. Marc-Andre Fleury made 29 saves for Vegas, which finished second in the West. Fleury was trying for his 16th postseason shutout, which would have moved him into a tie for third with Curtis Joseph on the all-time NHL list.

Elias Lindholm scored the overtime winner to give Calgary the win over host Vancouver as the two teams work to finish their regular season.

Brock Boeser scored twice while Travis Hamonic, Tyler Graovac and J.T. Miller added singles and goalie Braden Holtby stopped 30 shots for the Canucks (22-28-4, 48 points). The clubs meet again Tuesday in Vancouver and conclude the campaign with a third straight clash the next day in Calgary.