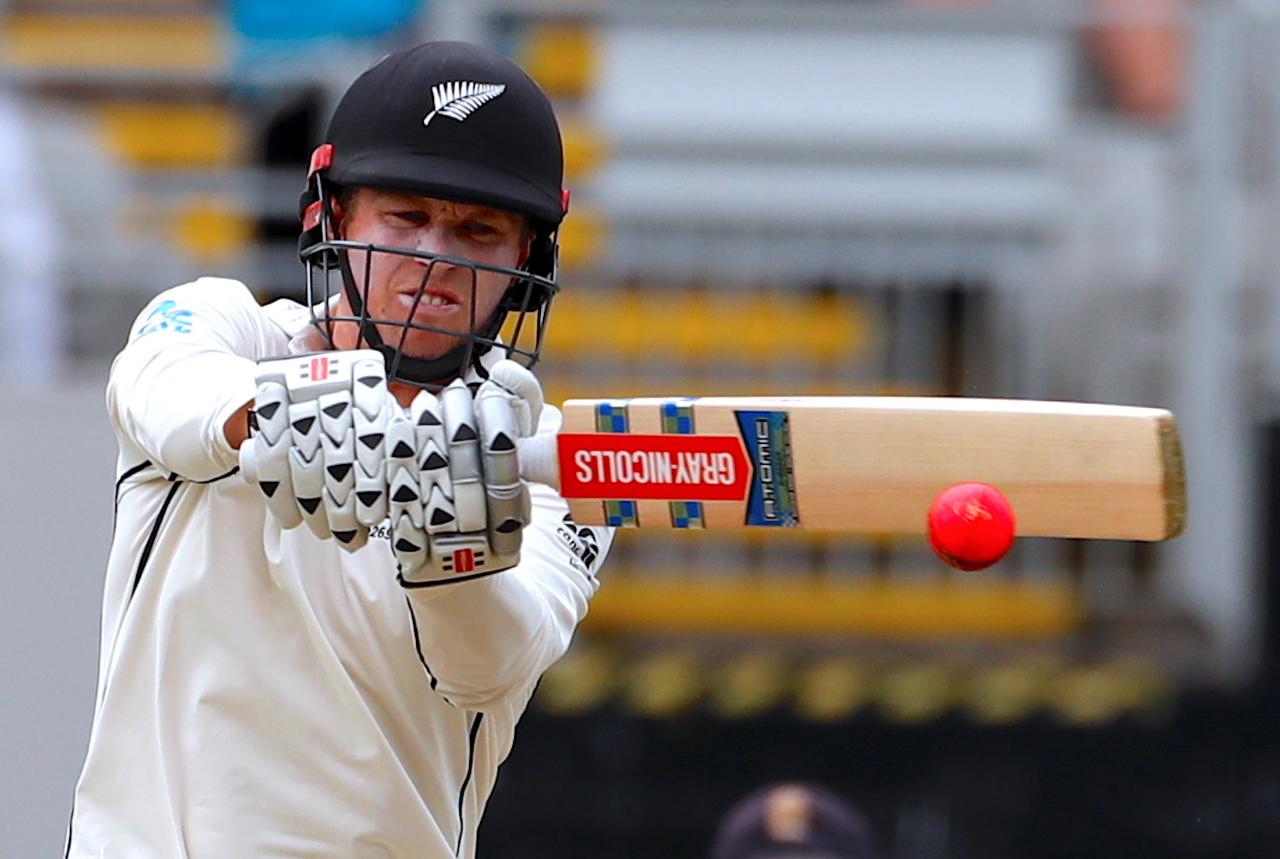 AUCKLAND (Reuters) - Henry Nicholls recorded his sixth Test half century early on the third day of the first Test against England before rain forced the players from the field with the hosts on 233 for four, a lead of 175 runs.

Nicholls, who had resumed on 49, clipped a Jimmy Anderson delivery off his hip for two runs to bring up the mark.

He then almost ran out batting partner BJ Watling while taking a quick single. The wicketkeeper, however, was fortunate that the throw from Chris Woakes was wide.

Watling was on 18 and Nicholls 52 when rain, which had washed out virtually the entire second day, forced the players off again after less than 10 minutes on Saturday.

The hosts had bowled England out for 58 on the first day.

Rain is forecast for much of the remainder of the match, the first day-night Test in New Zealand.

The second Test, a standard daytime match, is at Hagley Oval in Christchurch from March 30-April 3.