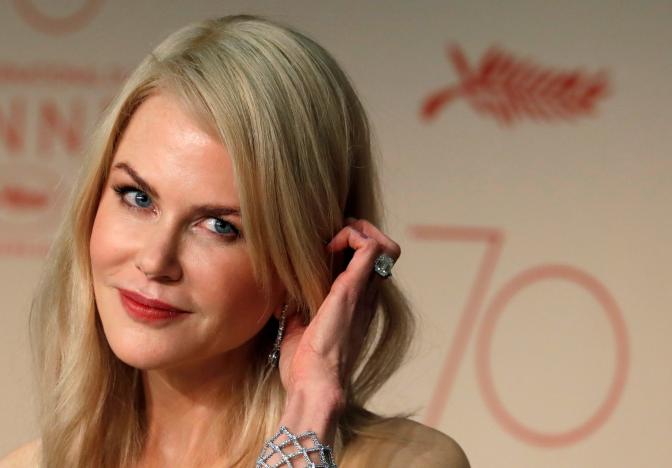 CANNES, France –For an A-list star who, as she says herself, does not have to work, Nicole Kidman has been pretty busy ahead of Cannes, appearing in three movies and a TV series screening at the film festival.

"I don't have to work. I work because it’s still my passion, it’s the way in which I express myself," she told a news conference after the screening of "The Killing of a Sacred Deer", one of two Kidman movies competing for the Palme d'Or.

Kidman -- whose other Cannes offerings are science fiction teenage film "How to Talk to Girls at Parties", an episode of Jane Campion's TV series "Top of the Lake" and "The Beguiled" by Sofia Coppola -- said she sought unusual projects.

"I want to support people who are trying different things or have a very, very unique filmmaking style," she said.

That certainly applies to "The Killing of a Sacred Deer" in which she plays the mother of children mysteriously struck with paralysis, which director Yorgos Lanthimos says is a comedy, but plays out much more like a horror film.

"I love to be asked to be in those things because that's just where I am," Kidman said. "I have always had that slightly rebel spirit where I have gone: 'I don't want to conform, I want to find a way not to.' And that's just who I am."