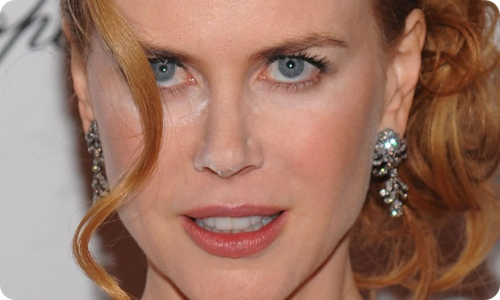 LONDON (Web Desk) Actress Nicole Kidman was named worst actress for her performance in ‘Grace of Monaco’ at the Barfta Awards, which honours the most egregious works to hit the cinemas over the past year. Each year the British Academy for Rubbish Films and Terrible Acting commemorates the worst films and performances of the year, and according to the organisers “2015 has proved a vintage year for terrible films”, reported Independent online. ‘Grace of Monaco’, about American actress Grace Kelly’s marriage to Prince Rainier III, was met with laughter in the auditorium and eviscerated by the critics when it opened last year’s Cannes Film Festival. The Barfta judges took aim at a film – dubbed “Dis-Grace of Monaco” – where “a plucky woman fights to stop the super-rich having to pay their taxes. We almost miss Diana.” Last year, the biopic of Princess Diana swept the boards, winning worst film and worst actor for Naomi Watts in the lead role. Worst British film went to ‘Pudsey the Dog: the Movie’. Simon Pegg, who starred in the “frankly creepy” ‘Hector and the Search for Happiness’ won worst actor. ‘Annie’ won worst US film. Special prizes included the Dick van Dyke award for calamitous accent awarded to Russell Crowe for his “frankly baffling accent in the frankly baffling” ‘A New York Winter’s Tale’.