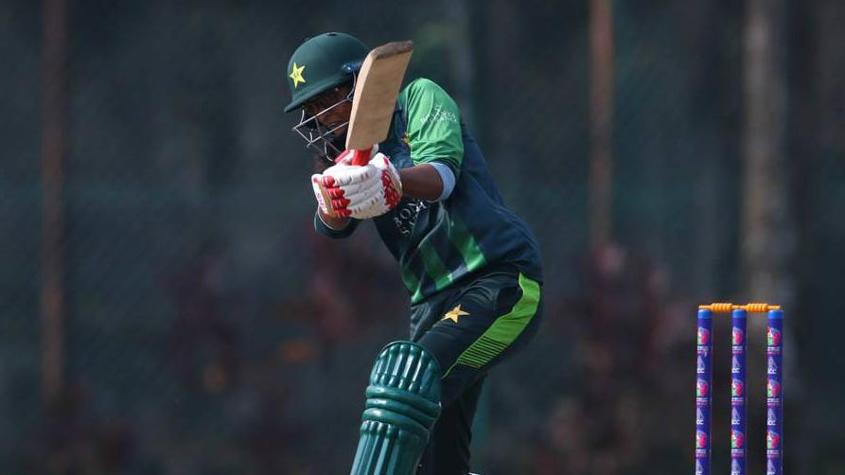 KUALA LUMPUR (92 News) – Malaysia, bottom of the six-team table, hurtled to their fourth defeat in a row after being completely outplayed by Pakistan in a Women's Twenty20 Asia Cup game in Kuala Lumpur on Thursday 7 June. Pakistan, asked to bat, started poorly as they lost Nahida Khan to a run out in the very first over, but after that it was one-way traffic. Bismah Maroof, the Pakistan captain, followed up her 60* against Sri Lanka with a 37-ball 62, and Nida Dar chipped in with a 27-ball 41 to lead their team to 177/5 in their 20 overs. It was always likely to be a bridge too far for Malaysia, who had scores of 27, 46/7 and 36/8 prior to this match, and that’s how it turned out. They were bowled out for 30 in 18.4 overs – Dar picking up four wickets – for Pakistan to record a 147-run win, which will do their net run rate a world of good. In the first half, after the early run out, Pakistan progressed to 37 before losing Javeria Rauf for 13. Javeria Khan (31) and Maroof then took the total to 59 in the ninth over before the fall of another wicket, but that’s when Maroof came together with Dar and took the game well beyond Malaysia. Their stand for the fourth wicket was worth 85 and the runs came in quick time, Maroof hitting six fours in her innings and Dar hitting three fours and a six. They were finally separated in the 17th over when Maroof was run out, but the damage had been done. Mir took off her gear, came back on the field, and tasted success straightaway by accounting for Christina Baret. Then it was over to Dar, with the ball this time, as she continued her outstanding wicket-taking form. In the previous match, against Sri Lanka, the off-spinner had returned 5/21. On the day, against Malaysia, she had scarcely believable figures of 3.4-0-5-4, as she ran through the middle and lower-middle order. Only one Malaysia batter reached double-digits, Winifred Anne Duraisingam (11), as the Pakistan bowlers – and fielders, there were three run outs – ran riot. The end came in 18.4 overs when Dar had Nadhirah Nasruddin caught by Nashra Sandhu. The win put Pakistan temporarily on top of the table with a fantastic net run rate of 2.602, which should help their case should it come down to a close fight to the finish. They next play India, while Malaysia finish off with a game against Bangladesh, on Friday, the last day of the league stage.