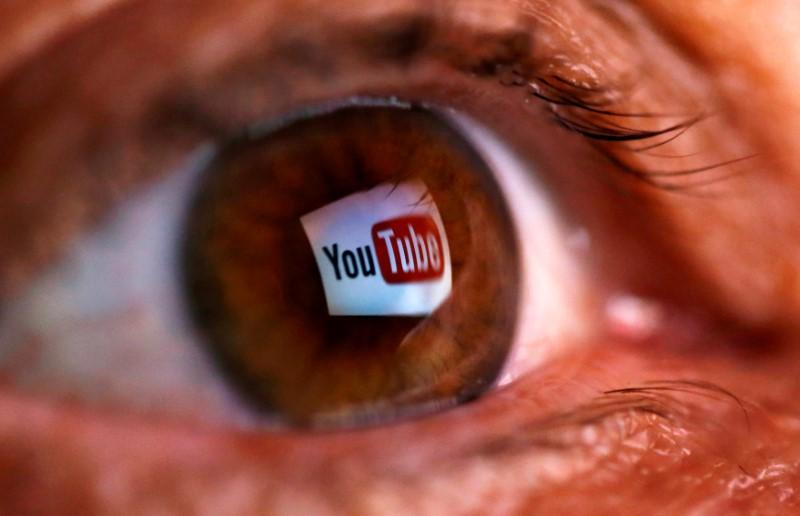 NEW YORK (Reuters) - Nielsen Holdings Plc will begin including Hulu Live TV and Google's YouTube TV viewing in its TV ratings in the United States in an effort to capture the shift from traditional broadcast to watching shows on laptops or smartphones, the company said on Tuesday.

All programming on Hulu Live TV and YouTube TV that has the same commercials that ran when the program aired on TV, will be included in Nielsen's ratings no matter the device or whether it was viewed live or on DVR, the advertising tracking company said.

As viewers increasingly "cut the cord", or cancel their cable package subscriptions and move to skinny bundles such as Sling TV and streaming sites like Hulu, it is important for Nielsen to account for these digital players, Nielsen's Executive Vice President of product leadership Megan Clarken told Reuters.

"This is a big one for the industry," Clarken said. "We're following viewers across platforms."

Expanding Nielsen's TV ratings to include digital viewership from Hulu and YouTube TV will help advertisers account for trends and refine their ad strategy, Clarken added.

However, Brian Wieser, senior analyst at Pivotal Research Group, an equity research firm, said the ratings may not immediately be meaningful for advertisers because neither Hulu nor YouTube TV have a significant number of subscribers.

"The reality is people don't drop their cable packages that easily," Wieser said.

Hulu and YouTube declined to comment on the number of subscribers to their live TV streaming services.

Nielsen's move to include the digital viewing is a strategic way for the company to ready itself for the future of media consumption, especially as networks have questioned Nielsen's rating methodology, said Dave Morgan, chief executive officer and founder of Simulmedia, which uses data to run campaigns for advertisers.

"Everybody recognizes that services like Hulu and YouTube TV have already become quite established and will continue to grow," he said.

Nielsen will record all digital viewing that occurs within a three-day or seven-day window of when a show first aired on TV into its C3, C7 currency, which advertisers use to buy ad time.

YouTube TV launched in April and lets viewers stream live TV from networks such as ABC, FOX and ESPN. The service is currently available in 15 markets.

Hulu Live TV began in May and included a partnership with Scripps Networks to stream its channels including HGTV and Food Network.