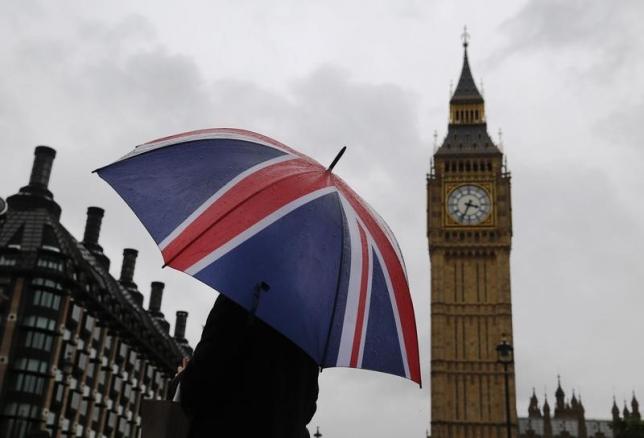 LONDON - Britain's economy looks set to slow in the third quarter, forecasters at the National Institute of Economic and Social Research said on Wednesday, lowering a previous growth estimate. NIESR said the economy would grow by 0.4 percent in the three months to September, down from a forecast of 0.8 percent made by the think-tank in May. Surveys released this week showed Britain's manufacturing sector growing only weakly in July and the pace of expansion in construction slowed. However, NIESR said the economy would expand 2.5 percent this year, unchanged from its previous estimate made in May. The think-tank was generally upbeat about the UK economy and predicted that a rise in unemployment, seen in the most recent data, would be temporary and that inflation would stay subdued. Britain's weak productivity record would remain a challenge. "It's the major domestic risk," Simon Kirby, an economist at NIESR said. However, he said he expected productivity growth to recover as general demand conditions improved. Britain's economy grew by 0.7 percent in the three months to June, rebounding after a weak start to the year. Kirby said the rise in the value of sterling and a fall in oil prices would prove temporary factors. "With the output gap in the UK closing and the MPC (Monetary Policy Committee) being by definition forward-looking we do expect...the first interest rate move to be February 2016," Kirby said. Economists in a Reuters poll published in July mostly said the BoE would raise rates for the first time since 2007 in the first quarter of 2016.. The BoE is expected to leave rates unchanged at its August policy meeting this week but the MPC is expected to show a split for the first time this year on the need to raise borrowing costs immediately. -Reuters