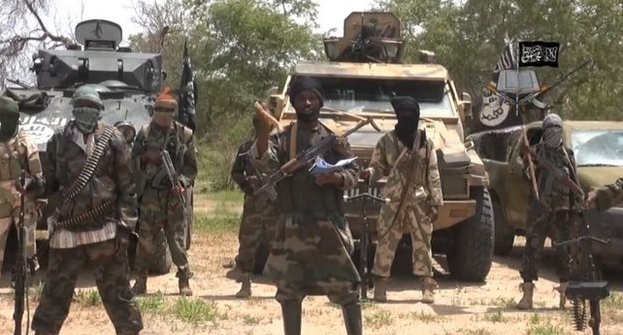 CHAD (Web Desk) - Nigerian Boko Haram militants have carried out an attack on Chad overnight, the first such assault on Chadian soil, officials say. Fighters crossed Lake Chad in four motorboats and attacked a village, an army spokesman told the BBC. The Islamist militants were pushed back by Chadian troops after killing several people, residents said. Chad recently joined Nigeria, Niger, and Cameroon in a military coalition against Boko Haram. The jihadists, who want to create their own Islamic caliphate in Nigeria, have killed thousands and forced millions to flee their homes in north-eastern Nigeria since 2009. 'Homes torched' Colonel Azem Bermandoua Agouna, of the Chadian military, told the BBC's Thomas Fessy that the militants had killed one soldier and wounded a further four in the village of Ngouboua. Two Boko Haram militants were killed and five injured, Mr Agouna said. Mr Agouna said a local chief had been killed by a stray bullet but did not mention any other civilian casualties Residents said around 30 militants attacked the village, torching two-thirds of its homes. "They came on board three canoes and succeeded in killing about 10 people before being pushed back by the army," one resident told Reuters. Chadian military aircraft carried out air strikes against the militants, destroying their vessels, officials said. Chad formed a military alliance in January with Nigeria, Niger, and Cameroon, aimed at defeating Boko Haram. Chad, seen as having the region's most effective military, has conducted airstrikes against the jihadist group in both Nigeria and Niger, and stationed its troops in the border areas around Lake Chad. The Islamist militant group has intensified its attacks against Nigeria's neighbours in response, forcing thousands of residents to flee their homes. Approximately 7,000 people fled to Ngouboua after Boko Haram attacked the Nigerian border town of Baga in January. Boko Haram leader Abubakar Shekau denounced the president of Chad, Idriss Deby, in a video released shortly after the coalition was formed and declared "war" on Chad. Boko Haram at a glance The militants have also continued their insurgency in north-eastern Nigeria - at least 21 people were killed on Thursday in two separate attacks in Borno State, witnesses told AFP. Militants killed 12 people in the village of Akida and nine in the village of Mbuta, community leader Mustapha Abbagini said. Approximately 3.2 million people in Nigeria have fled their homes as a result of the Islamist insurgency, officials say, with many living in makeshift camps. Nigeria launched an investigation on Tuesday after reports of rapes, child trafficking and other abuses in the camps. The conflict with Boko Haram has forced a postponement of Nigeria's presidential and parliamentary elections from 14 February to 28 March.