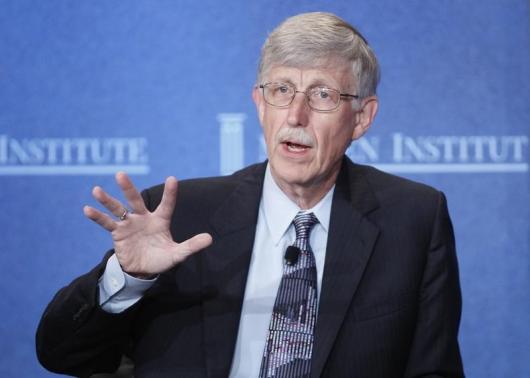 LA JOLLA, CALIFORNIA - One of the earliest tasks in President Barack Obama's $215 million "precision medicine" program will be finding a way to piece together data from a hodgepodge of existing studies, said Dr. Francis Collins, director of the National Institutes of Health. Several providers already undertaking such studies have expressed interest in participating in the program, which will gather loads of health information and genetic data on more than 1 million Americans to develop targeted medicines, Collins told Reuters in an interview this week at the Future of Genomic Medicine conference in La Jolla, California. Volunteers include Kaiser Permanente, the Mayo Clinic, the Marshfield Clinic in Wisconsin, Geisinger Health System and the US Department of Veterans Affairs. But before picking partners, NIH must figure out how to take medical records from different health systems and make them work together. "That's a high priority early on," Collins said. "That doesn’t necessarily mean all of the data is in one place being operated by the same software," he said. But the software has to be transparent, and the data must be "exquisite," Collins said. "That's not easy." A large study of US citizens has been in Collins' sights since 2004, just a year after he successfully led an international team to sequence the first human genome as director of the National Human Genome Research Institute. Collins said his 2004 proposal fell flat, but dramatic drops in the cost of genomic sequencing and the adoption of electronic medical records are making it feasible. The goal of the project is to better understand the drivers of human disease and develop medicines targeted to an individual's genetic makeup. Collins is keenly interested in putting patients in charge of deciding how their data will be used. "You want individual participants to have control over their data and have a dynamic opportunity to change the level at which they are willing to give access to possible research partners," he said. To sort out the details, Collins has designated NIH Deputy Director Kathy Hudson and Yale geneticist Dr. Richard Lifton to lead a panel to carry out the initiative. The panel will spend the next several months considering various proposals, and by September or October, Collins expects to have "a good sense of how we want to start this off." - (Reuters)