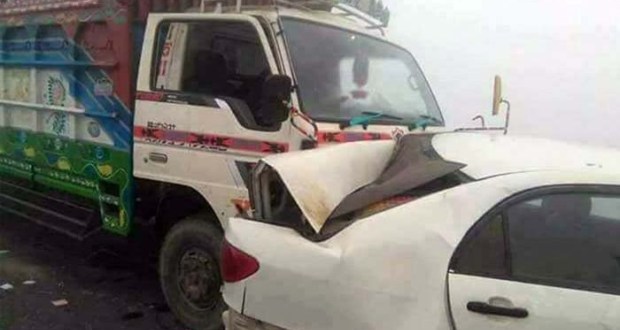 NAWABSHAH (92 News) – At least nine people were dead and 20 injured after the collision between three vehicles near Nawabshah on Friday. As per details garnered, the deadly collision occurred on Mehran Highway and involved a coach, a van and a car. the dead bodies and injured were taken to Peoples Medical College. Four injured persons also in critical condition. the police has been reached at the scene. The identities of the dead bodies is yet to be known.