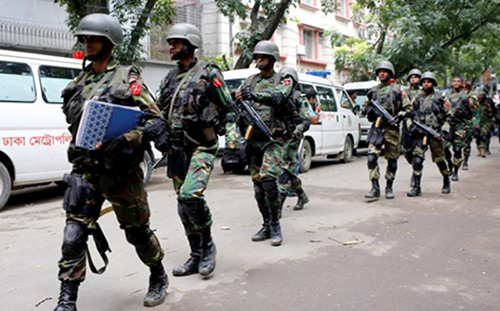 DHAKA – Nine militants were killed in a police operation on the outskirts of the capital Dhaka on Tuesday, a senior police official said. "All of them belong to a militant group but still it is not clear which group they are," the police official told Reuters. Police have arrested a number of militants in recent days in the hunt for those involved in a bloody attack on a Dhaka cafe on July 1 in which 22 people were killed, most of them foreigners. The five militants were gunned down when security forces moved in on the cafe. –REUTERS