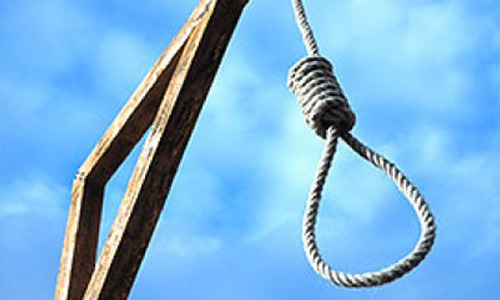 LAHORE (92 News) - Eleven death convicts were hanged across the country on Wednesday, bringing the executions in the past two days to 21 and to 48 since an unofficial moratorium on sentence was lifted in December. Ghulam Muhammad and Zakir Hussain were executed in Jhang District Jail. Ghulam Muhammad had killed his brother-in-law, while Zakir had murdered the custodian of a shrine. Talib Hussain and Rab Nawaz were executed in Adiala Jail on Wednesday night. In Kot Lakhpat Jail, Tahir Bashir alias Tara was hanged. Tahir had killed a man in a dispute over displaying a signboard in 2000. In Faisalabad Central Jail, Saeed and Shafqat, who had killed two brothers, were hanged. In Mianwali Jail, Ahmed Nawaz was executed. He with his accomplice Hashmatullah had murdered Javed. Both were convicted. However, Hashmatullah died in jail sometime back. In Attock Jail, Asad Khan was hanged. He had murdered three of a family in 2002. Shaukat Ali and Muhammad Shabbir were hanged in Adiala Jail. However, the hanging of Qadir was postponed. The execution of Azhar Mahmood and Zaman Hayat was stopped in Gujrat Jail after both the parties reached a compromise.