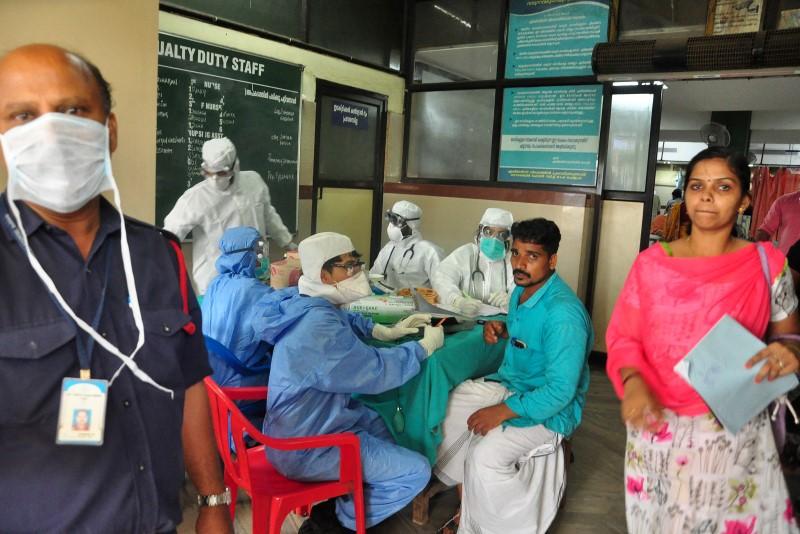 MUMBAI (Reuters) - Two new cases of the deadly brain-damaging Nipah virus have been confirmed in the southern Indian state of Kerala, where another two people were killed by the virus, a health official said on Thursday. The two new Nipah cases in Kerala take the total number of confirmed cases to 17, Kozhikode district medical officer V. Jayashree told Reuters. Fifteen of those people have died, she said. The latest victims, identified as Madhusudhanan, 55, and Akhil, 28, were believed to have contracted the virus from a medical college, Jayashree said. No confirmed cases of the virus have been found yet outside Kerala despite fears it had spread. Several other Indian states have sent samples for testing from people who reported Nipah-like symptoms in the past few days. Samples taken from bats in Kozhikode district, the suspected epicenter of the infection, have been sent for testing to the National Institute of High Security Animal Diseases in Bhopal, Madhya Pradesh, animal husbandry officer A. Mohandas said, as officials continue to try to track the root of the outbreak. There is no vaccine for the virus, which is spread through bodily fluids and can cause encephalitis, or inflammation of the brain, the World Health Organization says.