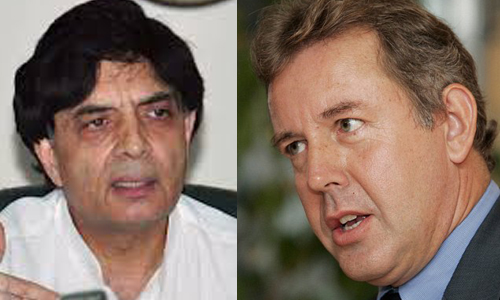 LONDON - Minister for Interior and Narcotics Control Chaudhry Nisar Ali Khan held a meeting with UK National Security Adviser Kim Darroch at 10 Downing Street and discussed matters of mutual interests, reported 92 News. He said that England should play the role of a bridge in the fight against extremism. Pakistan and the UK have always enjoyed cordial relations, but these relations attained a new level during the tenure of present governments in both countries, he added. Kim Darroch said that the UK attaches great importance to its relations with Pakistan and the two countries share commonality of views and objectives on many global issues.