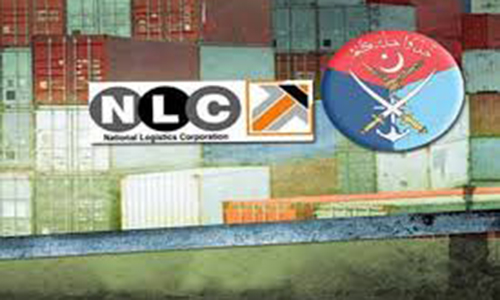 RAWALPINDI (92 News) – Two retired generals were punished under the Army Act in the National Logistic Cell scam, said a press release issued by the Inter Services Public Relations on Wednesday. In the light of findings of an inquiry, Maj Gen (retired) Khalid Zaheer Akhtar has been “Dismissed from Service”, which implies forfeiture of rank, decorations, medals, honours, awards, seizure of pension, recovery of personal gains, cancellation of service benefits and all other allied facilities, including medical. Lt Gen (retired) Muhammad Afzal Muzaffar has been awarded “Severe Displeasure (Recordable)” which in essence is a disciplinary award due to an offence of lesser degree, i.e. violation of procedures but no personal gains. Whereas, Lt Gen (retired) Khalid Munir Khan has not been found involved in any financial irregularity or serious misconduct; therefore, stands absolved from all charges. In Feb 2009, the Public Accounts Committee observed violations in implementation of Board of Directors’ Instructions and rules and regulations with regards to investment made by National Logistic Cell (NLC) that allegedly caused financial losses to the organization. Consequently, Secretary Planning and Development Division constituted an inquiry committee. Though the committee did not accuse any individual of embezzlement or misappropriation; however, it highlighted financial irregularities, lack of transparency and failure to observe rules and regulations caused by reckless decisions of chain of command of NLC. Upon conclusion of the process, the committee referred the NLC case to the Defence Ministry for necessary disposal. By November 2010, Army commenced a Court of Inquiry that was followed by recording of Summary of Evidence in September 2011. However, decision remained pending as some additional documentary evidences were provided by the retired general officers, which needed scrutiny and time to establish their veracity. COAS General Raheel Sharif instructed to dispose of the case on fast track for justice and transparency. Hence, the case was re-investigated by a committee of high ranking officers. After months of hectic sessions, evaluation of record of investments and interviews of all the witnesses, the inquiry has now been concluded and has established that two retired general officers and one civilian officer Saeedur Rehman were indeed responsible for making incorrect decisions of investments in violation to NLC rules and regulations. Army in line with its traditions has always and will continue to maintain highest standards of accountability, justice and fair play.