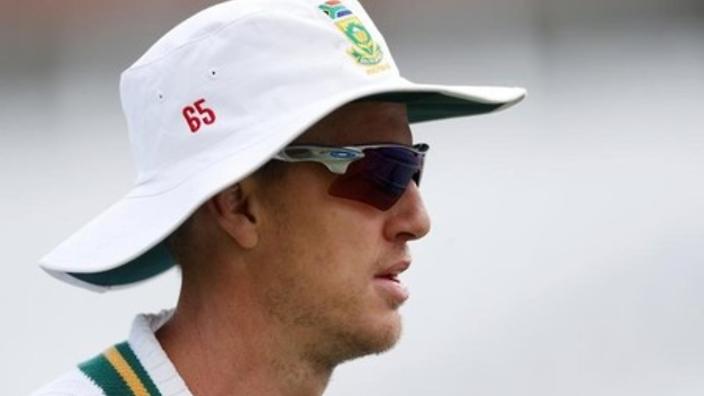 LONDON  - South Africa paceman Morne Morkel has ruled out tweaking his run-up despite becoming the embarrassed owner of a dubious distinction for overstepping the crease in Test cricket.

When Morkel bowled Ben Stokes for 44 off a no-ball in the Lord's test against England, it was the 13th time that the lanky 32-year-old was denied a wicket by his tendency to plant his front foot beyond the popping crease.

"World record, thank you. Somebody needs to hold it. It's 13 wickets I'd like to have in the bank but it's not to be," Morkel told reporters ahead of the second test beginning on Friday in Nottingham.

"It's not acceptable. It's a controllable thing."

The respite for Stokes did prove costly, though not in terms of runs. The all-rounder added 12 more to his first innings total before falling to Kagiso Rabada, whose over-exuberant send-off invited a one-match suspension.

"It's a rush of blood to the head, wanting to create something with the older, softer ball. Maybe I ran in too quickly and just over-strode," Morkel said.

The tall paceman's long limbs are perceived by many to be behind his frequent overstepping but Morkel felt it was more down to rhythm and altering the run-up was not the solution.

"I need a lot of rhythm and timing is crucial for me," he said. "The more I've bowled in a test match, the better my timing and my feel at the crease was.

"I can't make my run up longer, I can't make it shorter. I'm just going to stick with it.

"The only thing I can do is keep on working on that; work on getting the foot behind the line," Morkel added.

England lead the four-test series 1-0 with matches at The Oval and Old Trafford set to follow the Trent Bridge contest. –Reuters