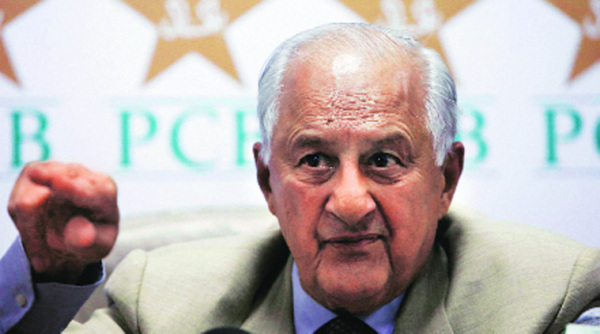 LAHORE (92 News) - Pakistan Cricket Board (PCB) chairman Shahrayar Khan says there will be no blame game and no one will be made scapegoat for losses in the ongoing World Cup. Talking to media, Shahrayar Khan said team can still reach the quarterfinals if it puts on a united, spirited effort for success. He lamented the news surfacing about Chief Selector Moin Khan’s visit to a casino ahead of the Pakistan-West Indies World Cup match in Christchurch, New Zealand, on Saturday. He said explanation has been sought from Moin, however, a thorough investigation will only take place after team’s return from the World Cup campaign. The PCB chief defended the national cricket team and said green shirts are capable of winning matches as they have done in the past. However, Shahrayar Khan also said the team is weak pointing out lack of ‘stars’ in the national side.