No compromise to be made on Kashmiris’ right to self-determination: COAS 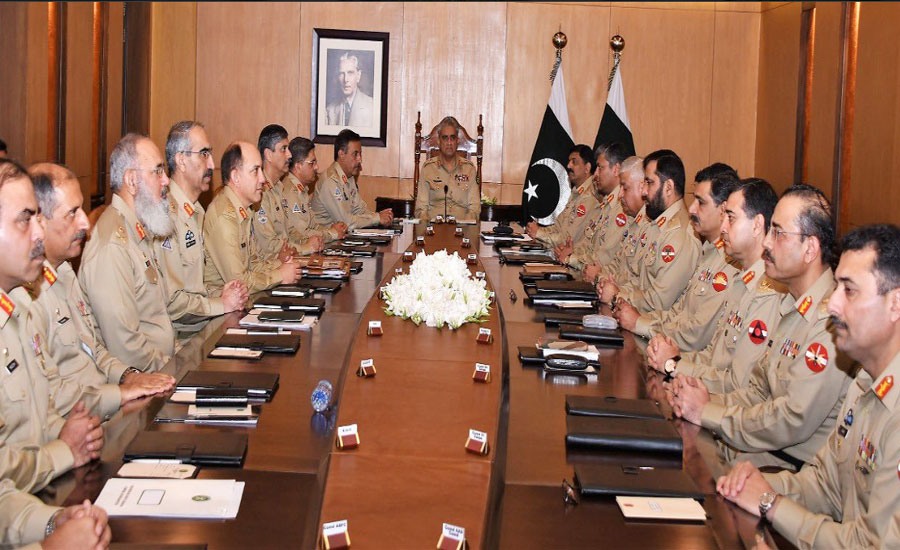 No compromise to be made on Kashmiris’ right to self-determination: COAS

RAWALPINDI (92 News) – Chief of Army Staff (COAS) General Qamar Javed Bajwa on Thursday said that no compromise shall be made on Kashmiris’ right to self determination. According to the Inter-Services Public Relations (ISPR), the army chief presided over a Corps Commanders conference (CCC) at the General Headquarters (GHQ) in Rawalpindi. The ISPR said that the conference reviewed geo-strategic and national security environment and the ongoing situation in India-occupied Jammu and Kashmir. The CCC meeting acknowledged effective highlighting of Kashmir dispute exposing Indian human rights violations in under siege IOJ&K during UNGA [United Nations General Assembly] session. The ISPR further noted that the CCC expressed appreciations for effectively dealing foreign backed efforts at destabilising Pakistan through various machinations. ISPR Director General Major General Asif Ghafoor said the commanders at the meeting emphasised on befitting response to India's aggression that was "being conveyed through irresponsible media statements by Indian military commanders".

CCC at GHQ. Commanders reiterated resolve for befitting response to any Indian misadventure or aggression being conveyed through irresponsible media statements by Indian military commanders. (1 of 2). pic.twitter.com/vXpyPMwsy6

“Pakistan Army is fully configured, prepared and determined to defend honour, dignity and territorial integrity of motherland at all cost. Kashmir is jugular vain of Pakistan and no compromise shall be made which denies right of self determination to our brave Kashmiri brethren”, COAS. https://www.youtube.com/watch?v=YczmOfTedbk