No compromise will be made on national security: Shehryar Afridi 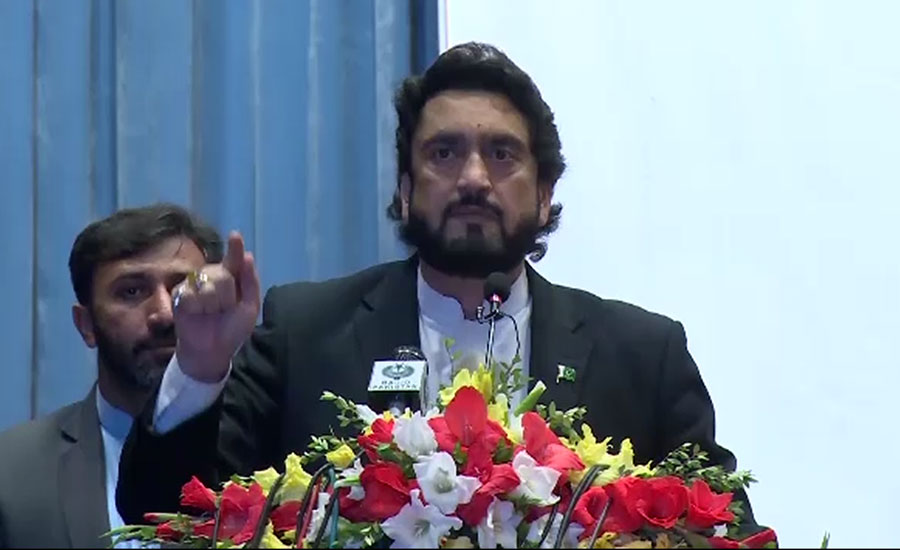 No compromise will be made on national security: Shehryar Afridi

ISLAMABAD (92 News) – State Minister for Interior Shehryar Afridi on Wednesday said that no compromise will be made on the national security matters. Addressing the International Students Convention at Pak-China Friendship Center, the minister clarified that anti-state activities were not to be tolerated at any cost. Shehryar mentioned that he will embrace Pashtun Tahaffuz Movement (PTM) leader Manzoor Pashteen, if he surrenders and enters national mainstream. He also said that the Pakistan Tehreek-e-Insaf (PTI) government has adopted zero tolerance policy against extremism and anti-state activities. “Pakistan will never compromise on national security and anti-Pakistan forces are trying to misguide the youth,” he said. The minister maintained that the evil forces wanted to divide the youth on the basis of ethnicity, race racial and caste to destabilize the country. “We have realization the importance of the youth. The youth is asset for all the countries,” he said. The state minister further said that 48 per cent people consisted young generation form all over the world. “Today the world has become the victim of unemployment and poverty. We have to give better future to our youth,” he added.