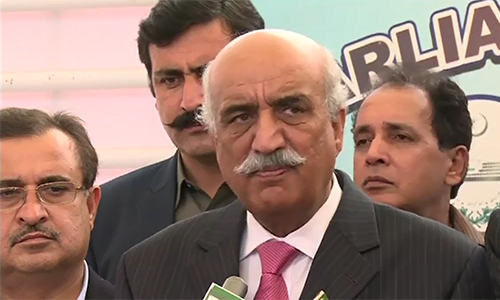 ISLAMABAD (92 News) – Opposition Leader in the National Assembly Khurshid Shah has said that no consensus has been reached on the privatization of the Pakistan Airlines. Talking to the media on Monday, he said that the PIA bill would not be presented in today’s meeting. He said that they had reservations about the briefing given by the government about the PIA privatization.