No conspiracy being made in London: Imran Khan 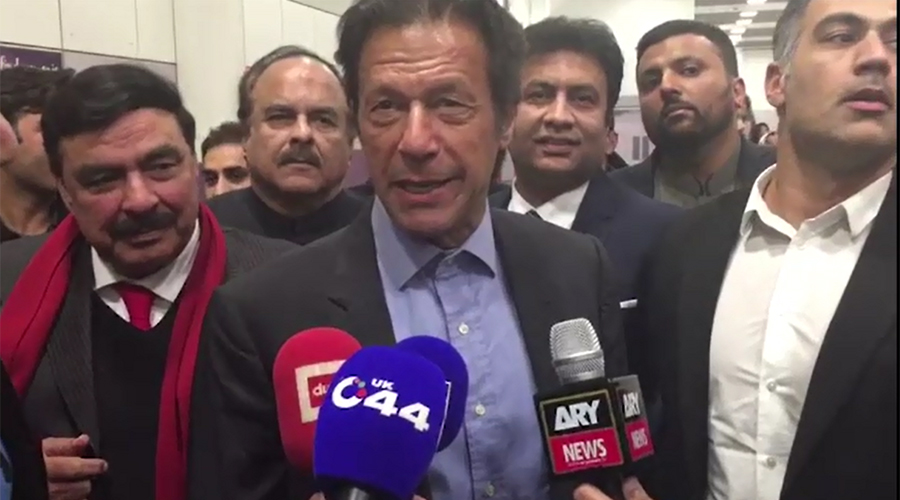 No conspiracy being made in London: Imran Khan

MANCHESTER (92 News) – Pakistan Tehreek-e-Insaf (PTI) chief Imran Khan said that no conspiracy is being made in London. Talking to media in Manchester, Khan said that he had come to London to attend the wedding of his friend’s sister and would return Pakistan tomorrow. Khan said that it is not PTI’s responsibility to submit evidence in Panama Leaks case; we are only helping the court. It is Nawaz Sharif’s responsibility to submit the evidence. He said that he would respect the decision of Supreme Court in Panama case. Responding to a question to get the services of Aitzaz Ahsan and Naeem Bukhari as his lawyer, he said that he would decide this after coming back to the country and discussing the matter with party’s senior leadership. Awami Muslim League chief Sheikh Rashid also accompanied Khan on the occasion.