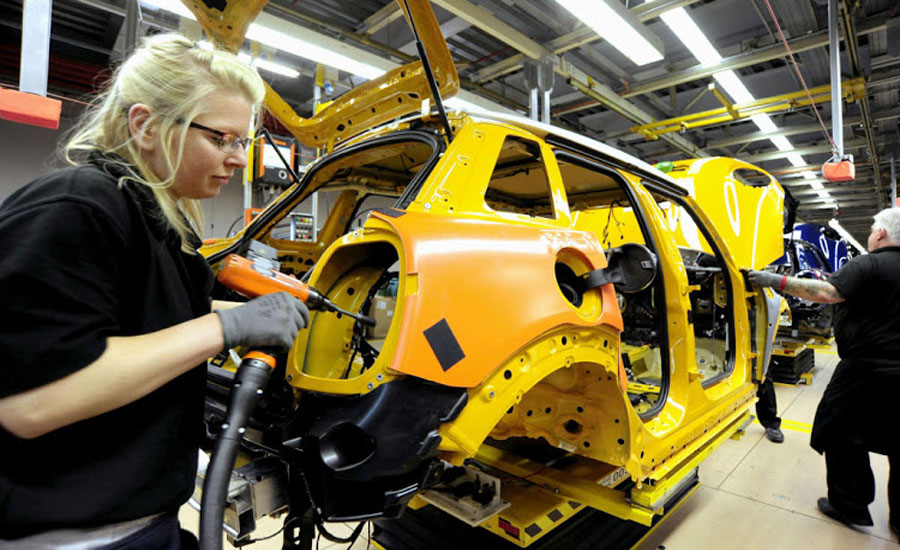 LONDON (Reuters) - Investment in UK’s car sector plunged by more than 70 percent in the first half of the year as concerns about a disorderly Brexit persisted, an industry body said on Wednesday. It warned that leaving the EU without an agreement was the “worst outcome”. The automotive industry, Britain’s biggest exporter of goods which employs over 800,000 people, is one of the most vociferous opponents of a no-deal Brexit, fearing additional tariffs and bureaucracy could halt production. Investment fell to 90 million pounds ($109.50 million) in the first half of 2019 compared to 347.3 million pounds in the same period in 2018 and 647.4 million in the first half of 2017, the Society of Motor Manufacturers and Traders (SMMT) said. “The fear of no-deal is causing investors to sit on their hands,” said Chief Executive Mike Hawes. “The worst outcome would be no-deal. That’s what they fear, that is why they’re not investing.” Firms have also spent at least 330 million pounds on Brexit contingencies such as securing warehousing space and stockpiling parts in order to mitigate the impact of possible delays to the movement of models and components at ports. Prime Minister Boris Johnson hopes to secure a new deal with the EU after his predecessor Theresa May failed to get parliamentary approval for her agreement but he is prepared to take Britain out of the bloc without a deal on October 31. Brexiteers have long argued that Germany, Europe’s biggest economy, which exports hundreds of thousands of cars to Britain, will do its utmost to protect that trade, while the British government under Johnson is now ramping up preparations and has said it could help affected sectors. Full-year investment, based on new publicly announced decisions on fresh spending, will be boosted by a roughly 1 billion pound move by Jaguar Land Rover (TAMO.NS) to make electric cars in Britain. But spending has fallen every year since 2014, down from 5.83 billion pounds in 2013 to 1.1 billion pounds in 2017 and 589 million pounds in 2018. Meanwhile production in the first six months of the year slumped 20% as the global car industry faces weakening demand in key markets, trade tensions and a fall in diesel vehicle sales in major European countries. “We need an internationally competitive business environment to encourage more investment, more innovation and more growth,” said Hawes. “That starts with an ambitious Brexit deal that maintains frictionless trade and we look to the new administration to get a deal done quickly so manufacturers can get back to the business of building cars.”