No difference between a man and a woman in law: Firdous Ashiq Awan 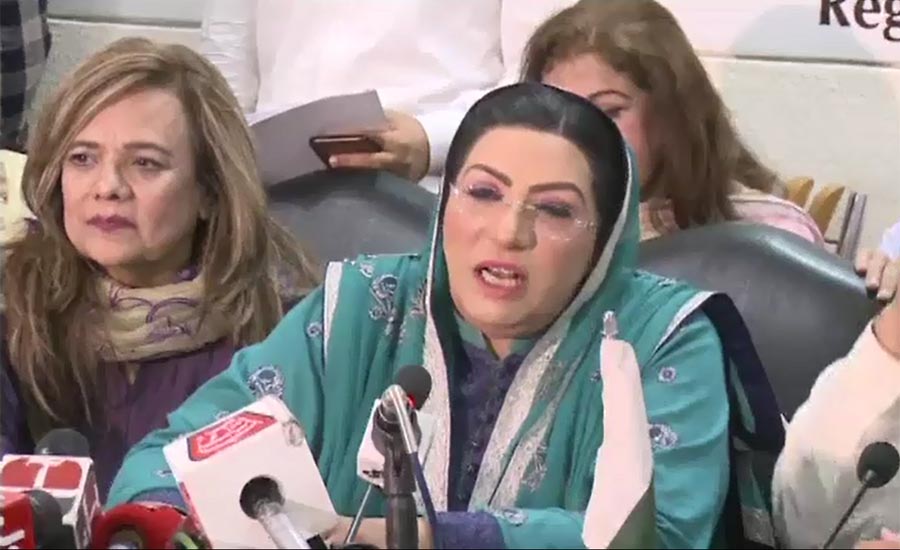 No difference between a man and a woman in law: Firdous Ashiq Awan

ISLAMABAD (92 News) – Special Assistant to Prime Minister on Information Firdous Ashiq Awan has said that there is no difference between a man and a woman in the law. Talking to the media on Friday, she said that the sanctity of the wall has been violated in the arrest of Faryal Talpur. “Imran Khan is challenging status quo with bravery and he will get the nation rid of this rotten system,” he said. Meanwhile, Sheikh Rasheed said that there are serious cases against Asif Zardari. “He has reached the last stage of his disease by sucking the blood of the poor,” he said.

On June 13, Special Assistant to Prime Minister Firdous Ashiq Awan has termed the hike in the power tariff as bitter pills. Addressing a press conference on Thursday, she said that these bitter pills are for the revival of economy and the people would get rid of everything after swallowing them. “The pills associated with politics are other ones,” she said. Firdous Ashiq Awan said that they would announce the head of the inquiry commission next week. She said that the prime minister is fighting for the rights of the people. “The prime minister believes in the power of Allah Almighty,” she said. The special assistant said that the prime minister would not use his personal powers with regard to the commission. “We will form such inquiry commission whose facts will be trusted by the people. The commission head will be an honest person,” she said. She said that each public office holder will be held accountable. Federal Minister Sahibzada Mahboob Sultan accused the previous governments of ignoring the agriculture sector.