No example of Indian atrocities against Kashmiris in world: President & PM 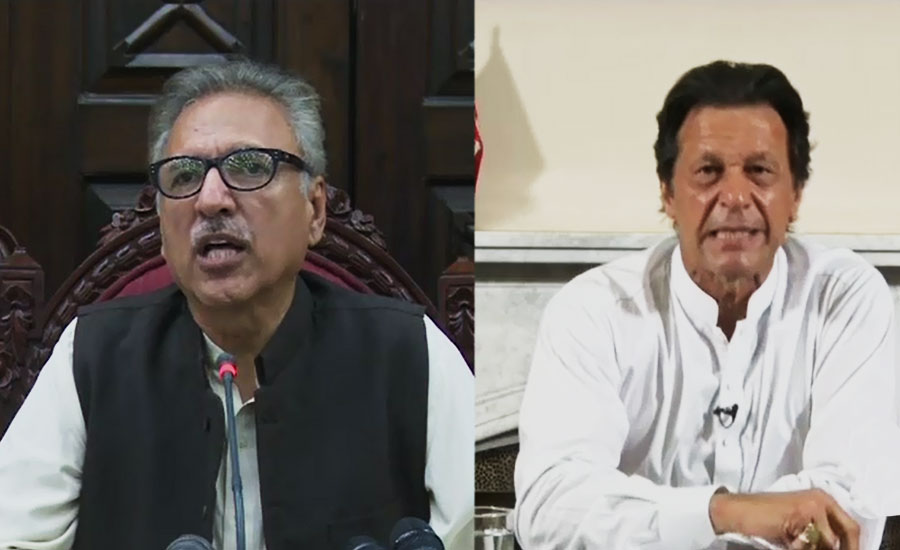 No example of Indian atrocities against Kashmiris in world: President & PM

ISLAMABAD (92 News) – President Dr Arif Alvi and Prime Minister Imran Khan, in their separate messages on Kashmir Solidarity Day, have reassured Kashmiri brothers and sisters that Pakistan will remain consistent in its principled position on Kashmir issue. The President, in his message, said that the entire Pakistani nation stands with its Kashmiri brethren in their valiant struggle to achieve the legitimate right to self-determination. “Indian atrocities come under the category of terrorism. World’s double standards over the Kashmir issue are creating suspicion,” he said. He said it is their firm belief that Kashmiris will succeed in their struggle. Prime Minister Imran Khan, in his message, said that the freedom movement in Occupied Kashmir is getting strength with every passing day. “Kashmiris are being deprived of their eyesight through pellet guns.” He deplored that seven decades have passed and the dispute of Jammu and Kashmir remains unresolved. Punjab Chief Minister Usman Buzdar said that Pakistan salutes unshaken resolve of Kashmiris for their right to self-determination. “The Pakistani nation stands with their Kashmiris brothers and sisters,” he said. Punjab Information Minister Fayyazul Hassan Chohan said that Pakistan fully supports Kashmiris’ right to self-determination. He demanded that the international community should take notice of Indian atrocities and violations of human rights in Occupied Kashmir. In his message on Kashmir Solidarity Day, Foreign Minister Shah Mehmood Qureshi reaffirmed Pakistan's unflinching support to the brave people of Occupied Kashmir in their just and legitimate struggle for self-determination against wrongful Indian occupation. He said India’s consistent denial of this right recognized by the United Nations Security Council resolutions is a telling example of impunity. The human rights violations in Indian occupied Jammu and Kashmir are a blot on the conscience of humanity and demand immediate corrective action by the international community. He said the Reports of the Office of the High Commissioner for Human Rights on Jammu and Kashmir and the UK’s All Parties Parliamentary Kashmir Group (APPKG) have lifted the veil off decades of obfuscation by India of massive human rights violations and unspeakable crimes against humanity in the held valley.