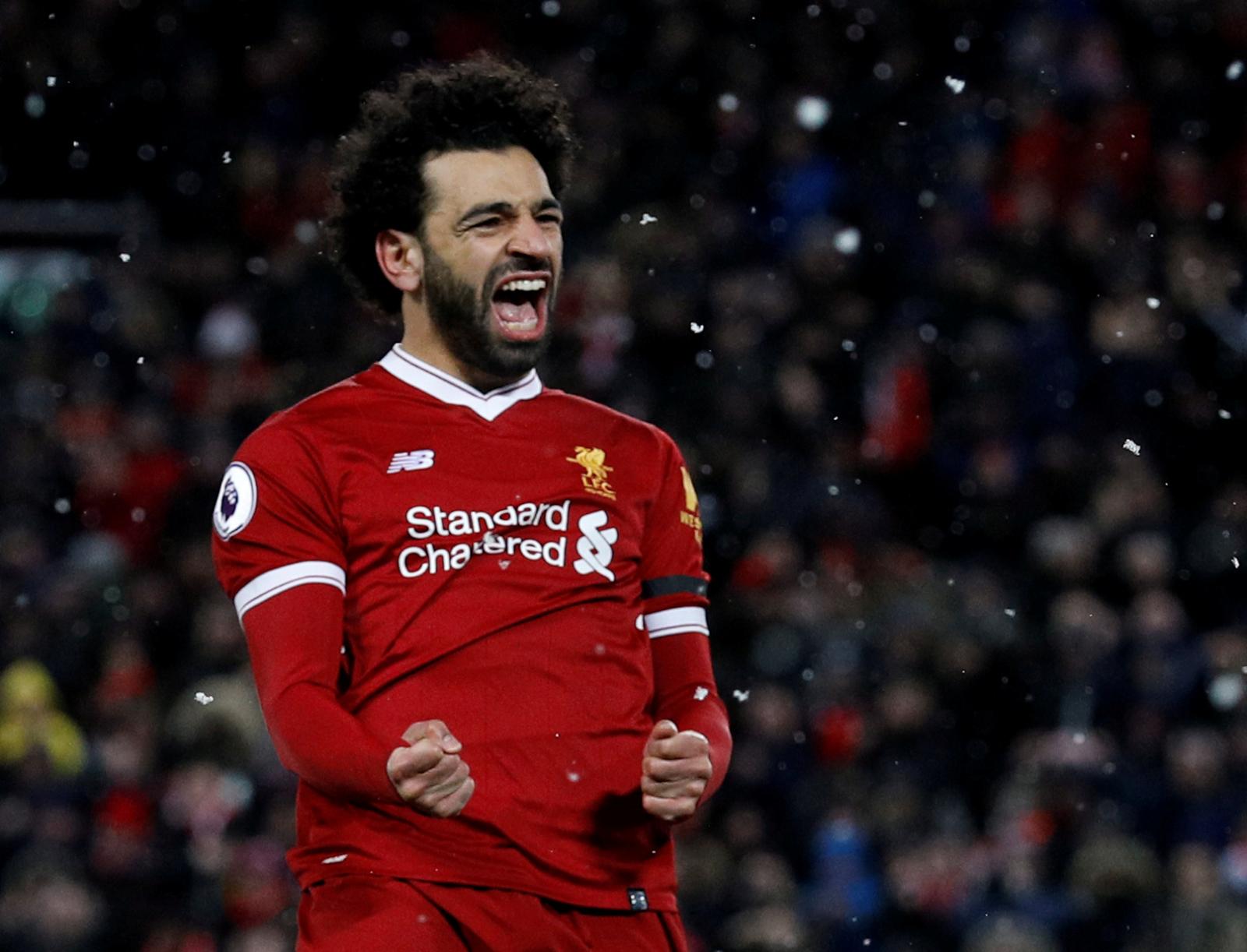 LONDON (Reuters) - Liverpool forwards are focused on the club’s progress and under no pressure to match playmaker Mohamed Salah’s goal-scoring exploits this season, striker Roberto Firmino has said.

Egyptian Salah leads the race for the European Golden Shoe award, ahead of Barcelona forward Lionel Messi, after notching an impressive 36 goals and 12 assists in 41 appearances across all competitions in his debut season at Liverpool.

“No way! We have very good chemistry here at Liverpool,” Firmino told Goal when asked if he felt any burden of expectations to equal his team mate’s goal-scoring run.

“Many speak of the strength of our attack, which also has (Sadio) Mane, but we have a team full of great quality that is effective in attack.

“We have to think collectively. The more players score, the better. Liverpool are the ones who win in this situation.”

Firmino has scored 23 goals this season while Mane netted 14 as Liverpool lead the Champions League goal-scoring charts with 28 so far and their tally of 73 goals in the Premier League is second only to that of leaders Manchester City.

The high-scoring Merseyside club, who are third in the league, will meet rivals City in a mouth-watering Champions League quarter-final tie next month.

Firmino also said that compatriot Philippe Coutinho’s move to Barcelona in January had changed the way Liverpool play and made them more unpredictable.

Liverpool travel to Crystal Palace in the league on March 31.