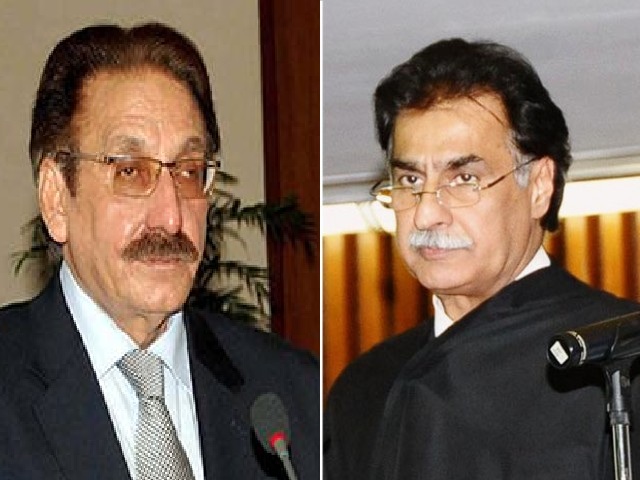 ISLAMABAD (92 News) – Former chief justice (CJP) Iftikhar Muhammad Chaudhary on Saturday said that Pakistan Tehreek-e-Insaf (PTI) MNAs hold no legal status. In a letter to National Assembly (NA) Speaker Ayaz Sadiq has a citizen of Pakistan, the former judge called for reelection of the National Assembly seats the PTI has been occupying. “Under what status are the PTI MNAs sitting in the assembly having tendered their resignations?” Iftikhar asked the NA speaker. Article 64 of the Constitution states that resignations of Parliament members are deemed accepted after absence of 40 days from the House. The PTI members had submitted their resignations on August 22, 2014, and have not taken them back yet.